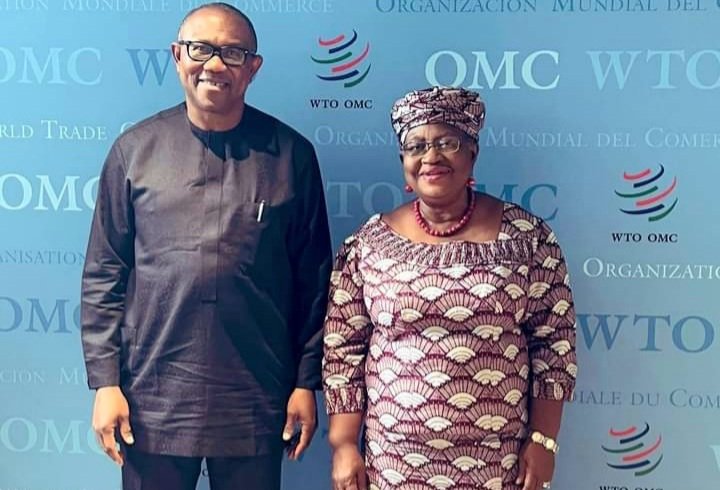 Ngozi Okonjo-Iweala and Peter Obi, both running for president in 2023, met on Wednesday in Switzerland.

The WTO Director General took up her role in March 2021, becoming the first woman and the first African to do so.

Obi claimed that the purpose of his meeting with the former minister of finance was to talk about and learn more about the nation’s economic revival.

According to the former governor of Anambra State, given the terrible situation the people are in, trade and investment were discussed during rehabilitation negotiations.

“I thank Ngozi Okonjo-Iweala most sincerely for her time, frank engagement, useful advice and guidance.

“I remain committed to building a better Nigeria for the future generations”, he added.

Since August, the Labour Party (LP) flagbearer has traveled abroad for meetings and consultations.