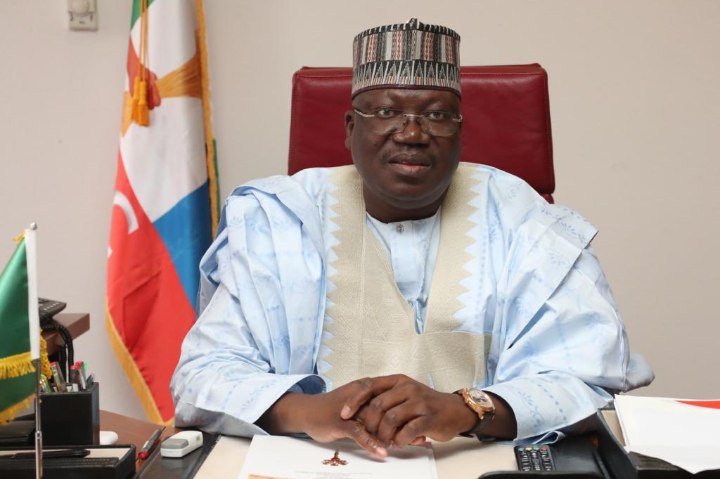 According to Senate President Ahmed Lawan, the country’s security situation has improved during the previous month.

In a speech titled “National Policy Dialogue on Corruption and Insecurity in Nigeria,” delivered by Lawan on Friday in Abuja, the Independent Corrupt Practices and Other Related Offenses Commission, underlined this.

The Senate President noted that lawmakers have consistently backed the government’s efforts to combat insecurity in the nation, and he added that over the past three years, the National Assembly has made sure that funding for defence and security has increased year after year.

He said, “Security situation in the country has improved in the last one month. Only recently, the President, Major General Muhammadu Buhari (retd) gave a marching order to the Armed Forces to extinguish bandits, kidnappers and other criminal agents that are against the state and her citizens, by December 2022.

“This administration is committed to achieving this set target. Accordingly, the past few weeks have seen security agencies flushing out terrorists from their hideouts in Kaduna Birnin-gwari axis, Katsina, Zamfara and Sokoto. Similar results were recorded in Niger, where, like in Kaduna, the Nigerian Airforce neutralised many terrorists.”

He noted that the National Assembly while looking into the possibility of unmasking the perpetrators of insecurity in the country, realised the need for an anti-corruption law to stop illicit financial flows suspected to be funding routes for insecurity in Nigeria.

“The 8th Assembly passed the Nigeria Financial Intelligence Unit Bill, which is one of the major anti-corruption laws that saved the country from being expelled from the global body of the Egmont Group.

“In the same vein, the 9th Assembly, working closely with security and law enforcement agencies to further strengthen their capacity to withstand unscrupulous elements involved in criminal and terrorist activities against the state, passed three bills aimed at combating money laundering, terrorist financing and the proceeds of crime.

“These three bills are in tandem with this administration’s commitment to fighting corruption and curb insurgency in the country,” Lawan said.

Noting that insecurity is a worldwide phenomenon, and Nigeria is no exception in that regard, the lawmaker stated that the country has been facing the challenge of insecurity, especially insurgency since 2009.

He added that despite the government’s efforts to curtail the menace, it has developed other manifestations that have slowed down the sustained assault of the government on the problem.

“Insecurity has placed an enormous demand on our country’s human and material resources, particularly the emergence of the Boko Haram insurgents in the North-East and banditry in the North-West. Several other security challenges have since emerged afterward.

“We have been faced with cattle rustling and farmer-herder clashes in the Middle-Belt, secessionist agitations in the South-East, militancy in the South-South, and some of these have now spilled over to other parts of the country.

“The span of these security challenges have profoundly tasked this administration and indeed the nation, and stretched our security and law enforcement apparatus which remains determined and has withstood these challenges with utmost gallantry.

“But as I have always said, the challenges of our security infrastructure are the concern of all of us and not just of those in government alone. Indeed, this policy dialogue is showing us that dealing with the ugliness of insecurity in Nigeria requires more than the deployment of military might.

“Hence, we must look at social and economic vices like corruption, that enable and even propagate insecurity. As lawmakers, we look forward to the eventual policy brief that will be shared hereafter to guide the nation’s policy direction in ending insecurity in Nigeria.”

Gov Ikpeazu: I have Improved Aba From What I Met In 2015

Minister for Interior, Ogbeni Rauf Aregbesola, noted that people will engage in corrupt practices if given the chance.

“More than we realize, people will engage in corrupt practices if given the chance. This is because there’s never enough either out of need or greed.

“Corruption is the major problem confronting the world and not just Nigeria. It is tempting to say that corruption is simply a part of human condition as no country is immune against it; the difference is that it is more evident in some countries than others.” He said.