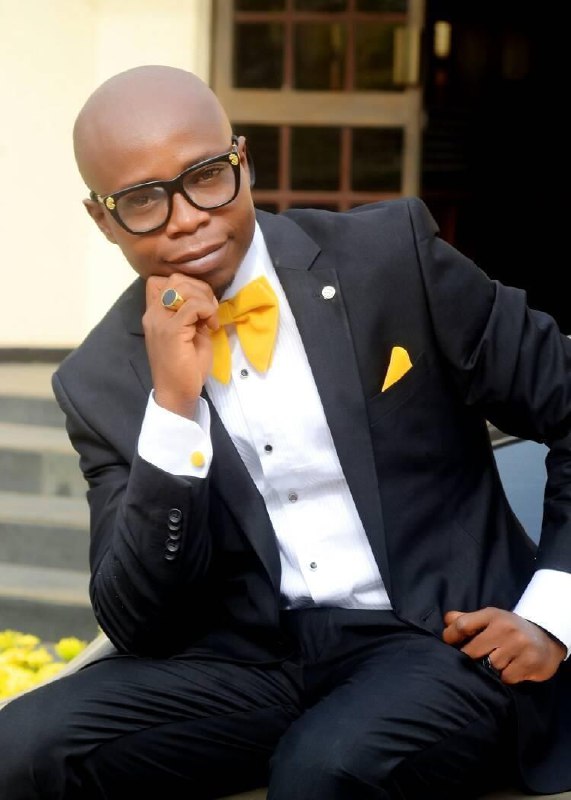 In line with the zoning principle of Nnewichi Community, Hon. Ejim Emmanuel Ucheagwu popularly known as Bishop has been presented as the consensus candidate of Ezeobuo-Okpuno Nnewichi Community for the position of the President-General of Nnewi Youth Forum.

In a well-attended general meeting of Nnewichi Community held today at Obi Nnewichi, the Former President-General of Nzuko-Ora Nnewi, Hon. Benneth Ngonadi informed the meeting that in line with the zoning principle of Nnewichi and based on the demand that a sole candidate be presented to Nnewichi from Ezeobuo, that Ezeobuo Community has elected Hon. Ejim Ucheagwu as the sole candidate from Ezeobuo for the position of the President of Nnewi Youth Forum.

According to him, following the victory of Hon. Ejim Ucheagwu who emerged winner in the election conducted by Ezeobuo Community with a total of twenty-five (25) votes defeating Nnewichi Palace Secretary, Prince Ezenwa Nwachukwu popularly known as Onowo who scored eleven (11) votes, Ejim Ucheagwu is the sole candidate of Ezeobuo and to extension, Nnewichi Community in line with zoning arrangement.

The delegation intimated Obi Nnewichi and Ezeobuo Stakeholders on the need for EZEOBUO COMMUNITY to present a candidate for the office of the President of Nnewi Youth Forum amongst the three (3) aspirants from Ezeobuo, in-line with the zoning and rotation arrangement of Nnewichi Community, to minimize rancour and engender tranquility within the community.

After extensive deliberations by the Ezeobuo Stakeholders led by Obi George Onyekaba (Obi Nnewichi) and the President, Chief Osita Nwosu (Ozuomba), the meeting unanimously resolved that the meeting be enlarged to include the critical segments of the community which includes Executives of Ezeobuo Community, Executives of Ezeobuo Youths and Ezeobuo Stakeholders.

On Monday, 22nd August, 2022, the meeting reconvened with all the invited critical stakeholders present. The meeting resolved the issue of the candidacy of one of the aspirants, Hon. Chibunna Udegbunam, who withdrew his candidacy on the suggestion of the meeting and on the basis that he is currently occupying Ezeobuo slot of the position of Welfare Officer of Nzuko-Ora Nnewi. 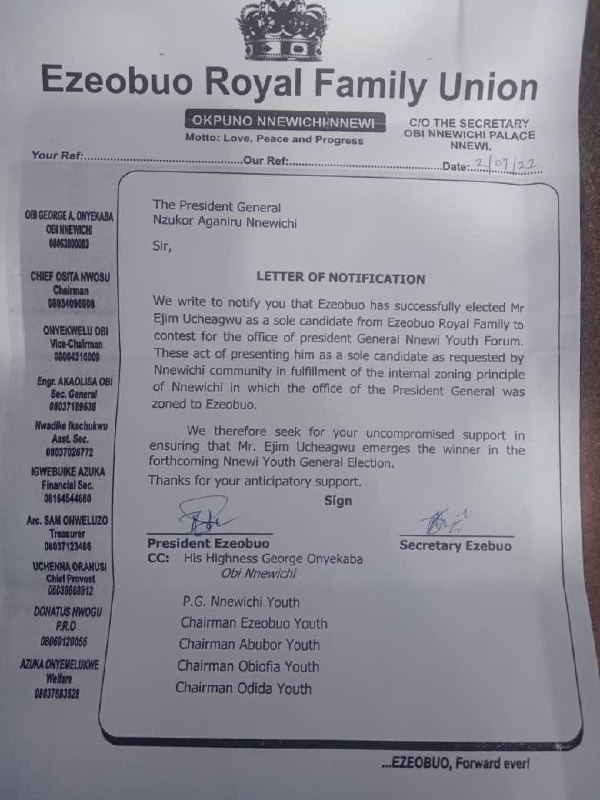 REVEALED: ‘The Only Condition That Will Make Me Stop Campaigning For Presidency’ – Peter Obi