The capital of Enugu State was shut down on Saturday by Mr. Peter Obi’s supporters, often known as “Obidients,” who are the presidential candidate for the Labour Party.

The one million-man march, which started in Michael Okpara Square, stopped all vehicular traffic in the city.

As the squad proceeded forward, a massive crowd circled the State’s main thoroughfares before relocating to Okpara Square.

Commuters have turned to alternate routes as they struggle mightily to get to various areas of the state.

Crossing all party lines, Obi’s supporters marched through the capital city while humming songs of unity. 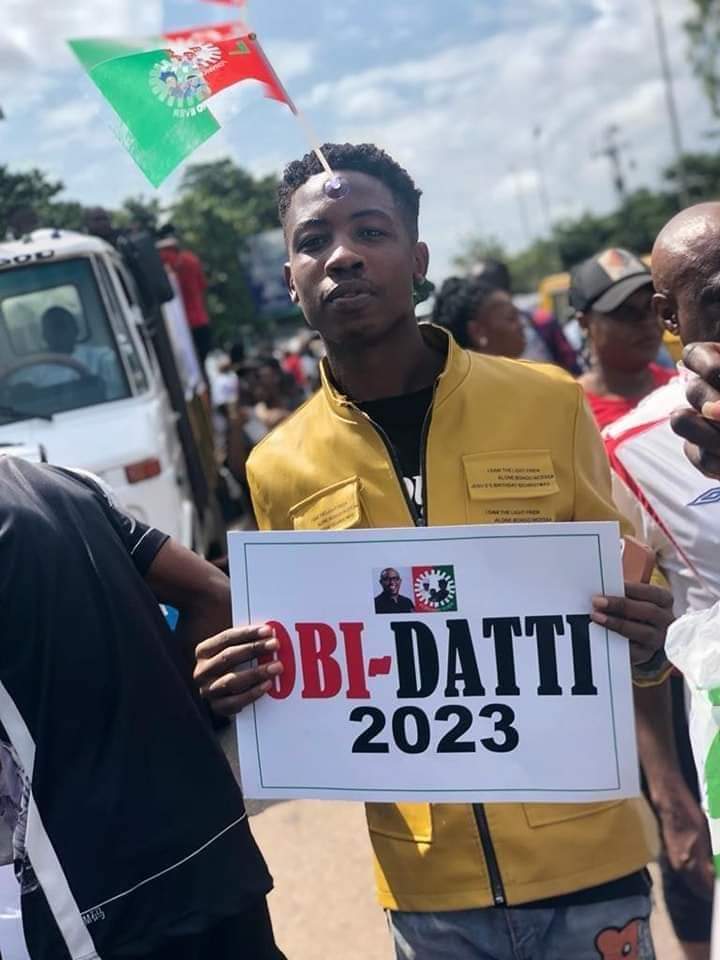 Due to the calm behavior of the enthusiastic attendees, the event was relatively peaceful.

Dr. Chima Edoga, co-director of the planning committee for the Enugu one-million-man fitness march for ObiDatti Season One, praised the demonstration as a great success in a press conference, emphasizing that “Nigerians are displaying their will to recover their country.”

He claimed that the nationwide gathering was intended to show detractors that Obi’s structures were the people.