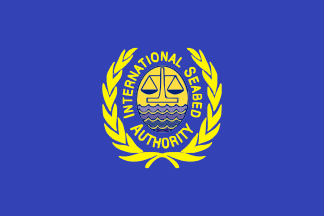 Dr. Mrs. Maureen Tamuno, the Nigerian High Commissioner to Jamaica, has stated that the International Seabed Authority will strengthen the nation’s capabilities and provide assistance where necessary.

She said that the ISA is an international organisation governed by the Laws of the Sea of the United Nations, and that it was established primarily to defend weaker nations from outside intrusion by nations with more military force.

This was said by Mrs. Tamuno, Nigeria’s Permanent Representative at the ISA, on Friday as she was leading a delegation of officials to MAN, Oron, Akwa Ibom State, to raise awareness of the organization’s work.

The Nigerian envoy who facilitated informal sessions on Inspection, Compliance and Enforcement in the African region, said the Authority is working on the laws with the aim of reviewing them to see how they can be more beneficial to mankind.

As part of its efforts to create awareness about the activities of the Authority, the envoy said that the Authority had agreed to hold workshops in five different countries including Nigeria, adding that the workshop is expected to provide a forum for interaction with the Secretary General of the Authority, Mr. Michael W. Lodge.

Tamuno said, “As part of the mid- term plan, it was agreed that workshops should be organised in five different countries. The fourth would be taking place here in Nigeria.

“About 17 to 20 experts would be flying to come and create awareness about the activities of the Authority.

“Nigeria is going to benefit immensely because part of what they do is to render help in areas of lack and so we might just be lucky because we want to go for the best in the country.

“The Academy was highly recommended, so we have come to look at what you have on ground because it’s going to be a global event.”

Mrs Tamuno lauded the Rector of the Academy, Commodore Duja Emmanuel Effedua (retd.), for the transformational strides at the Academy, describing it as unprecedented.

She said she was surprised at the quality of educational facilities the Academy parades and the tranquility that adorns the Academy Community.

She added “I have followed up your activities in the Maritime Academy of Nigeria and I must say it is quite commendable.”

Responding, the Rector, while welcoming the ISA Team, expressed his satisfaction over the activities of the Authority at regulating mining and maritime related activities globally.

The Rector who noted that prior to his appointment the institution was in a state of total collapse, said the institution has moved away from that state of infrastructural deficit, against all odds and now better positioned for global competitiveness.