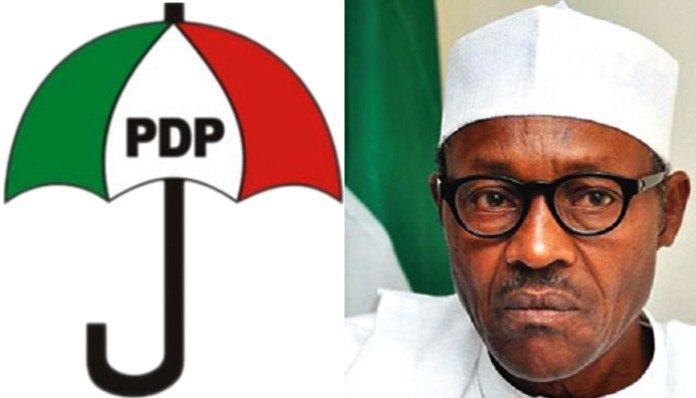 The campaign headquarters for President Muhammadu Buhari in Katsina State have been taken over by the PDP chapter there.

President Buhari’s strongholds in the state have largely been taken over, according to Ayu, who spoke through his media assistant Yusuf A. Dingyadi.

Dingyadi claimed in his statement that the Katsina APC government had failed to handle the state’s problems with insecurity and other matters.

He urged APC members to switch over to the PDP, stating that this was their only chance of surviving the general elections in 2023.

Speaking on the PDP dispute, Dingyadi said it was an internal matter that will be settled by an internal method.

He mentioned that the party’s National Executive Committee and Board of Trustees had last week given the party chairman a vote of confidence.

Ayu will now have the opportunity to carry on the reforms and good deeds he has begun, according to Dingyadi.

He said, ”We’ve already resolved all the problems that are affecting our party. There was a vote of confidence on the chairman from the Board of Trustees (BOT), National Executive Committee (NEC) and the Central Working Committee in solidarity with the national chairman to continue with the reforms and good works he has started.”