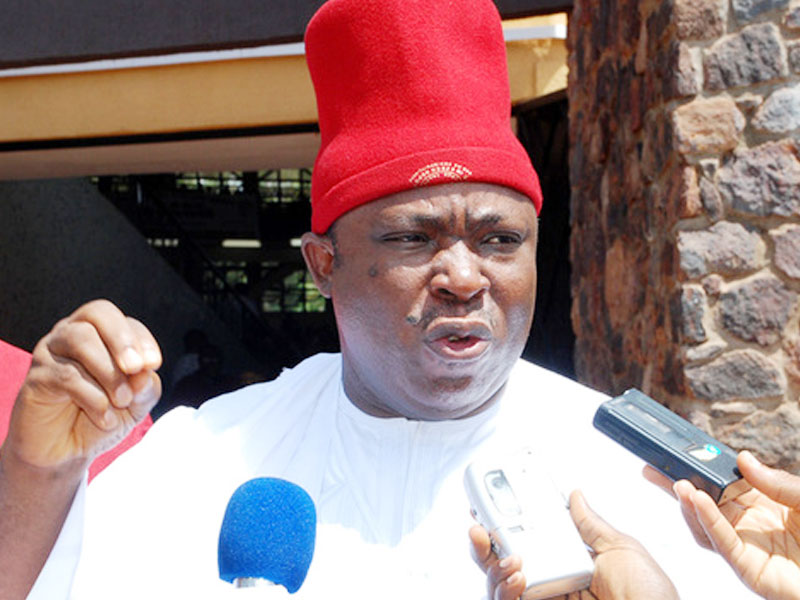 Victor Umeh, a Labour Party (LP) chieftain, stated on Wednesday that, contrary to popular belief, the party is not weak.

He argued that Nigerians have given the Labour Party and its presidential candidate, Peter Obi, overwhelming support, and that the outcome of the 2023 elections will surprise many of their opponents.

He went on to say that some politicians from the All Progressives Congress (APC) and the Peoples Democratic Party (PDP) will vote for the LP even if they do not openly identify with the party.

Umeh, a former National Chairman of the All Progressives Grand Alliance (APGA) and now a Labour Party senetorial candidate, stated that 2023 is about saving Nigeria.

According to Anaedoonline.ng, he spoke during Channels Television’s beakfast show, Sunrise Daily.

Umeh responded to comments that the Labour Party lacks structures and the recent promise by the Nigeria Labour Congress (NLC) National President, Ayuba Wabba, that the union will mobilize 12 million votes for the party and Obi, saying it is a welcome development that will ultimately aim to make Nigeria better through good leadership.

“It is a structured organisation” and unionists are also suffering, he said.

Speaking further, Umeh maintained that those belittling the Labour Party are in for a surprise come 2023 and the party has the full support of Nigerians.

“The people are with the (Labour) Party. Look at things going on in Nigeria across the states of the Federation. If you say that the Labour Party is weak in some areas, they spring up a surprise…What is the power of the Labour Party now are the people,” he said.

He went on to say that the Labour Party’s and its candidate’s growing popularity has caused other parties to panic.

Despite the opposition, the party is growing stronger, according to Umeh.

The LP senatorial candidate also stated that Obi is making inroads into the north and will get votes from the region and other parts of the country.

“He (Obi) has been consulting. Mr Peter Obi is one of the most-travelled presidential candidates consulting all zones in the country, meeting people,” Umeh said as he allayed fears.