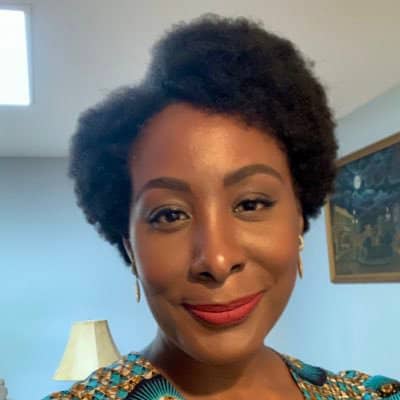 Uju Anya, a Nigerian-born American Professor of Second Language Acquisition, has stated that her life has been threatened as a result of her controversial tweet about the late Queen Elizabeth of England.

According to Anaedoonline.ng, Anya took to Twitter to wish the Queen a painful death.

“I heard the chief monarch of a thieving raping genocidal empire is finally dying,” she wrote.
May her anguish be unbearable.”

The remark was met with a barrage of criticism, with some claiming it was disrespectful and insensitive.

In an interview with Newsmen, Anya stated that some people were impersonating her and linking her to the banned Indigenous People of Biafra, or IPOB.

She said, “I feel like my life is in danger. I don’t feel safe anymore because of these lies being peddled around against me. I left Facebook four years ago. I don’t have a Facebook account. People are putting out fake statements, saying I am a member and financier of IPOB or Independent Biafra or any political candidate like that, and they are using a fake Facebook account that bears my name. It is a lie. There is nothing like that.

“Some online blogs have been peddling fake rumours about me. I have not issued any statement since Thursday.”

People were attempting to put her in danger by linking her to IPOB, she explained. She warned that any account with her name on Facebook is not hers.

Anya stated that they have begun to use her for political movements and messages with which she disagrees, which is endangering her and her safety.

“This is going to be a huge problem for me. What if the Nigerian government considers me a terrorist and wants to arrest me? They are putting my life in danger,” She said.