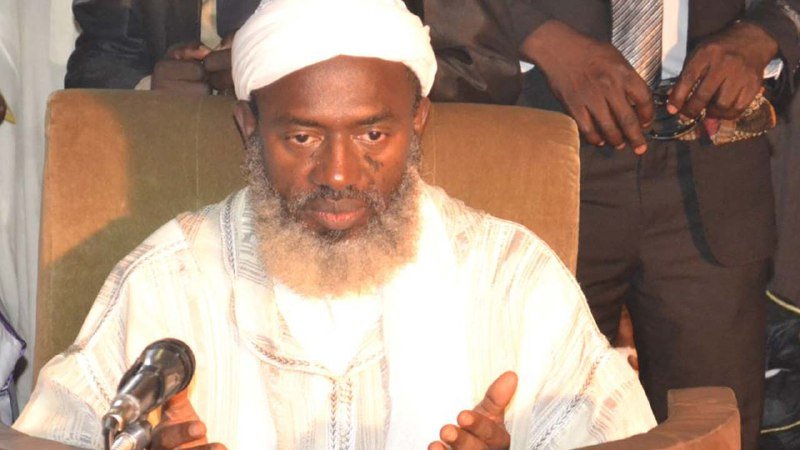 Sheikh Ahmad Gumi, an Islamic preacher with a base in Kaduna, has been ordered to be detained right away by the Department of State Services (DSS).

The Coalition for Peace in Nigeria (COPIN), through its National Coordinator Emeka Akwuobi and Secretary Fatih Yakub, informed the Civil Society Organization of this in a statement on Monday.

The group said that Gumi’s purported relationship with criminals and terrorists was the reason they requested the secret police to detain, question, and prosecute the Islamic scholar.

Former DSS Director Reveals Why Sheikh Gumi Has Not Been Arrested

According to the group, the Islamic expert has a wealth of insights to share regarding the actions of bandits, particularly those who operate in the North West region.

It also praised the secret agency for how it handled the capture of Tukur Mamu, the Islamic scholar’s spokesperson and the robbers’ negotiator for the Kaduna train passengers.

The group threatened to organize a peaceful protest in Abuja and other cities across the nation if the DSS refused to invite Gumi for questioning.

The statement reads, “We have watched with keen interest the provocative tendencies of Sheikh Gumi, especially as they relate to the activities of bandits/terrorists operating within the North West general area.”

“The group noted with concern Gumi’s call for grant of amnesty to terrorists, who have killed and maimed thousands of unarmed civilians, including women and children, lamenting that of particular interest is the kidnap of the Abuja/Kaduna train passengers by the terrorists in April this year, with many of whom still being held under terrible conditions.

“The group believed that apprehension of Gumi is fundamental to a peaceful election, as he would provide the service with credible/actionable intelligence on the actual locations, and modus operandi of the terrorists, culminating in their arrest.

“Consequently, COPIN demanded the immediate arrest and interrogation of Gumi who it said by now, should be a person of interest to all intelligence and law enforcement agencies.”

“It said it would not hesitate to mobilise for peaceful protests in strategic cities, including Abuja, if the DSS failed to invite the Islamic Cleric for interview on all he knows about bandits/terrorists holding the North West States, and parts of North Central, to ransom.”