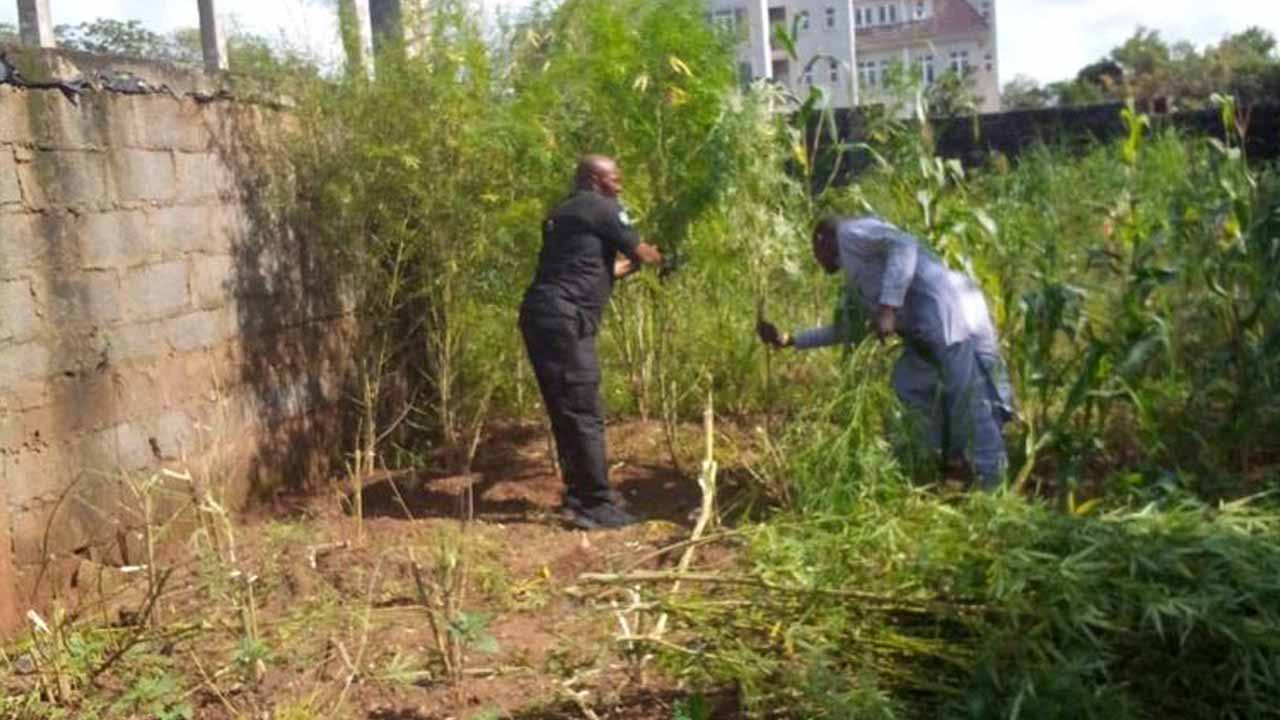 The Federal Capital Territory (FCT) Police Command discovered a Cannabis cultivation in the city on Thursday.

The command has finalised the necessary procedures for the transfer of exhibits and Thaddeus Joseph, the suspected grower of illicit substances, to the National Drug Law Enforcement Agency (NDLEA).

According to FCT police spokesman DSP Josephine Adeh, the 32-year-old inhabitant of the FCT’s Kado Estate Area was arrested on September 7, 2022, at around 3:00 p.m. for being in possession of a Commercial amount of Cannabis sativa leaves.

“The arrest follows the heels of received credible information that the suspect cultivates a large farm of Leaves suspected to be Cannabis sativa on a piece of land at Godab Estate in the Life camp area of the FCT. Consequent to the above, a Team of the Command’s Intelligence Assets attached to the Anti-Narcotics Section swung into action and apprehended the suspects which lead to the discovery of the farm and removal of the exhibits.

“Upon the arrest, the suspect in a voluntary statement confessed to having been in the illicit business for about 2 years. While the suspects and exhibits are being transferred for onward investigation/prosecution, the police investigation has been intensified to track down the chain of supply and other criminal affiliations to this suspected criminal enterprise.

“The Commissioner of Police while urging youths and the residents as a whole to eschew drug and prohibited substances-related crimes noted that the involvement in the production and the consumption of such substances is not just a crime against the law but also against one’s self. He also reassured the good people of the Territory of the Command’s unalloyed commitment to the sustenance of peace and the onward March against crime and criminality till it is brought to the barest minimum.”