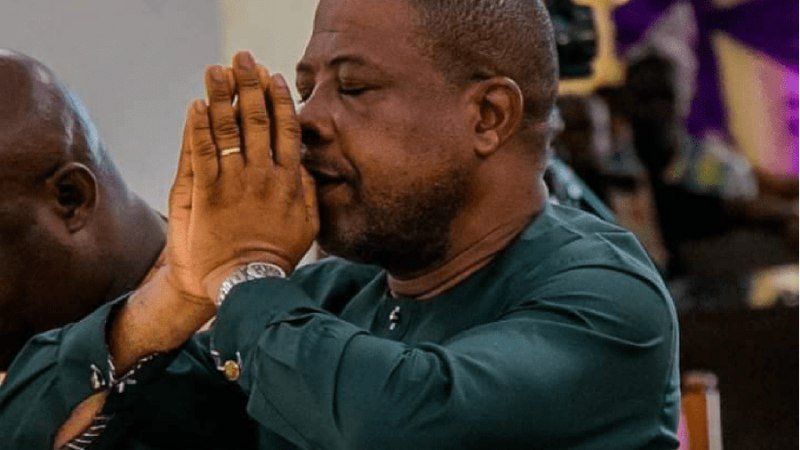 The Imo State government accused the state chapter of the Peoples Democratic Party, and a former deputy speaker of the House of Representatives, Emeka Ihedioha, of sponsoring the Conference of United Political Parties’ spokesperson, Ugochinyere Imo, against the state governor, Hope Uzodimma, on Friday.
Declan Emelumba, the state commissioner for information and strategy, claimed during a news conference at the government house in Owerri that Ugochinyere’s claim that Uzodimma hacked into the Independent National Electoral Commission’s server to change voter registration data was false.

He therefore called on security chiefs to immediately arrest the CUPP spokesperson for “false accusation against the state governor.”

The commissioner said that investigation carried out by the government, revealed that PDP was behind the insecurity in Orlu to discredit the state government.

He said the opposition party was not comfortable with the successful hosting of the president, Major General Muhammadu Buhari (Retd), in the state and commissioning of projects executed by the state governor.
Emelumba said “The Imo State government would have completely ignored a recent public statement, credited to one Ikenga Ugochinyere, claiming that voter registration in Omuma, the home ward of His Excellency, Senator Hope Uzodimma, the Governor of Imo State, was inflated with fictitious names.
“This is partly because it is coming from a man whose life has been defined by recklessness, irresponsibility and seditious outburst. However, doing so will be wrong because that will amount to condoning criminality of his action.
“This is why we deem it necessary to call on the relevant security agencies to immediately arrest the said Ugochinyere, to find out from him how he obtained the voters register he has been parading before the public even when the Independent National Electoral Commission, is still at the stage of Automated Biometric Verification of the System (ABIS), which must be concluded before an official voter’s register can be released to the public.

“In actual fact, INEC has issued an official statement on this and has even gone further to list the names of the states that entered fictitious registration of voters. Imo State is not on that list. It is therefore clear that Ugochinyere either hacked INEC Saver and doctored documents there or forged the document he was brandishing. Either way is criminal, and it is important that he is immediately arrested for questioning.
“Consecutively, it should be clear that the claim by Ugochinyere that there was fraudulent registration at Omuma, the ward of the state governor, Senator Hope Uzodimma, could have only come from a jaundiced and mischievous mindset.

“The security agencies have an urgent task to find out how Ugochinyere, a PDP candidate in the 2023 elections, came about the documents, which is aimed at heating up the polity and inciting the public.
He said that there was no investigation done by the PDP and the aim was to embarrass the governor. He further said that, “the PDP in the state is devastated by the successful commissioning of the signature projects of the Governor by the President.

“It is interesting that Ugochinyere, who is a PDP candidate for Ideato Federal Constituency of Imo State, is hiding under CUPP to execute the “satanic” agenda of his paymasters.
“On the claim that Omuma Ward had fewer than 6,000 registered voters in 2014, I have it on good authority from verified data from INEC that the Ward had almost 10,000 voters under that period and had registered over 23,000 by 2019, because many indigenes from the Ward came home to register to vote to support their son who was contesting the governorship elections.

“The siting of a Polytechnic at Omuma, which has over 20,000 students and staff, was to throw up more eligible voters from different parts of Nigeria, residing in Omuma. This will naturally shoot up the number of registered voters for 2023.

“More telling is the tepid reference by Ugochinyere to a pending “secret court action” in a Federal High Court Owerri against the use of BVAS. The way he said it, after his porous allegations against the Governor, was to insinuate that it was filed by an agent of government. Fortunately the lawyer whose stamp was used and signature forged to file the suit has disclaimed same and revealed that it was one Blessing Iwuagunwa ESQ, who borrowed his NBA stamp this year that must have filed the suit. We have traced the said Iwuagunwa to be a very close associate of Emeka Ihedioha, who Ugochinyere is working for. This also makes it very clear where this whole concoction is coming from and why.

“The allusion by Ugochinyere, that the INEC Office at Omuma had been burnt and that residents have fled the community because of insecurity, clearly vindicated government’s position that PDP was behind the insecurity in Imo State for political gains. “From the foregoing, it should be clear to all and sundry that Ugochinyere’s antics were diversionary tactics meant to perfect the fraudulent activity of PDP and to divert attention from their evil plots against the 2023 elections.”

He said, “the call to arrest the CUPP spokesperson is laughable. The INEC document is a public one and for the commissioner to ask for the arrest of Ugochinyere to explain how he got the documents showed he is not in the know with the workings of the governor.