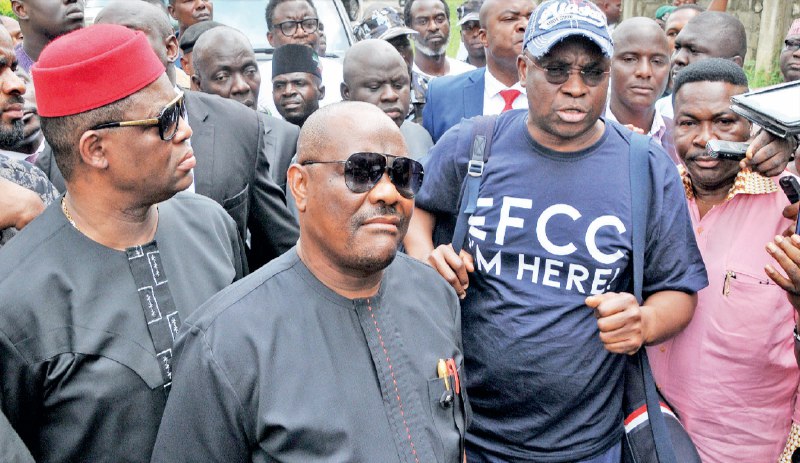 According to reports, Atiku Abubakar, the Peoples Democratic Party’s (PDP) presidential candidate, has sent Ayodele Fayose, a former governor of Ekiti State, to meet with Nyesom Wike, the governor of Rivers State.

Anaedoonline.ng discovered it was an attempt by Atiku to mend fences with Governor Wike before the general elections in 2023.

According to a source in Governor Wike’s camp who talked with Newsmen, Atiku’s choice to send Fayose is part of a strategy to divide the Rivers State governor’s supporters.

They have two personalities in their camp, the insider said, and one of them is a governor who is the weakest link while the other is unstable.

They would surmount any challenge to prove to Atiku that they are not youngsters, the source continued.

The speaking Atiku’s move said, “Atiku made another desperate effort in the week when he sent Fayose to speak with Wike’s camp.

*He gave Fayose the mandate in Ibadan but we smelt a rat. We rebuffed Fayose’s overtures because Atiku was trying to break Wike’s ranks.

“We know we have two characters in our camp. One governor is the weakest link and another member is unstable. We will overcome any obstacle to prove to Atiku that we are not children.”