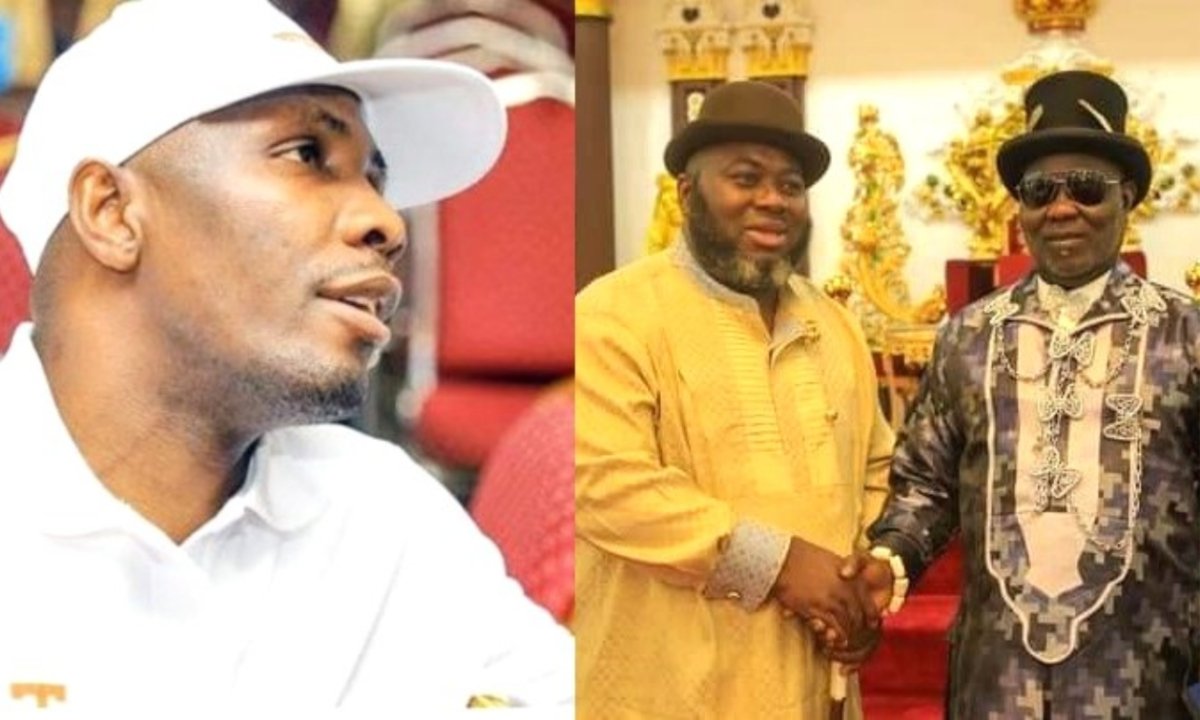 The Niger Delta is uneasy with the pipeline surveillance contract given to Government Ekpemupolo, often known as Tompolo.

Tompolo will likely be in charge of overseeing the defense of oil pipelines in the six South-South States of Akwa Ibom, Bayelsa, Cross River, Delta, Edo, and Rivers.

The administration of President Muhammadu Buhari engaged Tompolo despite taking an initially hard line in response to the rising oil theft in the area.

As of July 2021, Nigeria was generating about 1.6 million barrels per day. The output, however, had decreased to about 1.1 million by July 2022.

The worrying 500,000 deficit compelled the government to take action as it looks for money to finance the N19.76 trillion projected budget for 2023.

According to the budget, the government hopes to raise about N2 trillion from oil-related sources using an assumption of 70 dollars per barrel and an N436 to the dollar exchange rate.

Former militant leaders were angered by the decision to hire the former commander of the disbanded Movement for Emancipation of the Niger Delta (MEND).

HRH Ateke Tom (Amanyanabo of the Okochiri Kingdom) and Mujahid Asari Dokubo (Edi Abali 1 of Kalabari), whose supporters have vowed war, are at the top of the list of people incensed.

Dokubo has become more outspoken in his criticism of the decision to use a different guard to protect the 83 kilometers of pipes in his Kalabari homeland of Rivers.

Tompolo is a Delta native. High Chief of Oporoza, the traditional seat of the Gbaramatu Kingdom, is the chief priest of the Egbesu deity.

Chief Mrs. Rita Lori-Ogbebor, a prominent Itsekiri leader, thinks it was improper for the authorities to assign Tompolo as the sole guard for the pipeline.

The Niger Delta, not the insecurity in the North, is what Nigerians should be concerned about, according to the Igba of Warri Kingdom.

“What we have today will be a child’s play if the insecurity fully manifests. If it has not, it will soon do so in another few months”, Rita Lori asserted.

Although an Ijaw leader, Dr. Clarkson Aribogha, counseled Dokubo and others to make peace with Tompolo, he claimed that violence wouldn’t be the solution to the problem.

He urged people not to take any “wrong steps” and questioned whether the former head of the Niger Delta People’s Volunteer Force (NDPVF) was engaged in a “Ijaw struggle, Kalabari struggle, or personally egoistic conflict.”

Dokubo was further instructed by Aribogha that the government does not award contracts to those who show no interest or who do not submit an application.

“Contract award is never by political appointment or civil service recruitment, but based on fulfilling requirements – integrity, capacity, trustworthiness and acceptance.”

The government would not hire someone “through coercion,” but rather on the basis of recommendations, Aribogha continued, “particularly on security grounds.”

According to Anaedoonline.ng, Niger Delta elites are uniting to prevent a massive crisis that might destabilize the region’s relative tranquility.

The Ijaw National Congress (INC) formed a committee to look into the contract dispute and would work with the findings to guarantee a peaceful resolution.

The sociology professor pleaded with them to put down their weapons for the benefit of the populace and not endanger attempts to increase money.

“The federal government is following events and has urged influential and respected personalities to end the squabble by reaching out to warring factions”, a source hinted Sunday night.