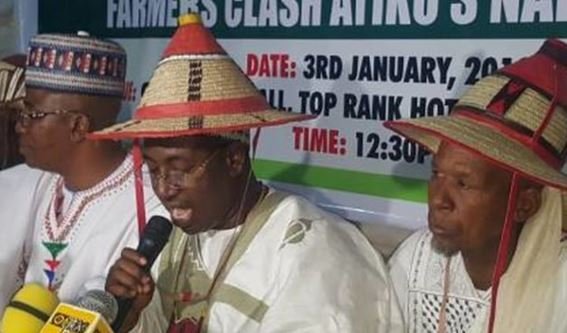 Voting along ethno-religious lines in the upcoming general election of 2023, according to the leadership of the Miyetti Allah Cattle Breeders Association (MACBAN) in the South-East, will further splinter Nigeria.

Instead, the group advised Nigerians to support the most trustworthy presidential candidate and avoid voting with their primal emotions.

“I advise Nigerians to vote for the most credible presidential candidate who would make Nigeria secure for every citizen, irrespective of tribe or religion,” said Gidado Sidikki, the chairman of the organization in the South East, during a press conference on Tuesday.

Anambra: Police, Miyetti Allah In War of Words Over Alleged Killing of 21 Herders

Siidikki urged the group’s members in the nation to limit their travel during the campaigns and to let their parents or guardians know where they are going for grazing.

He hailed the Anambra State Governor, Prof Chukwuma Soludo on his achievement within the six months he has been in office, saying he has shown dedication within the period.

He said: “Since he came on board as the governor of Anambra State, members of the cattle breeders have not experienced any form of threat or any challenge that can jeopardise our existence in the state.”