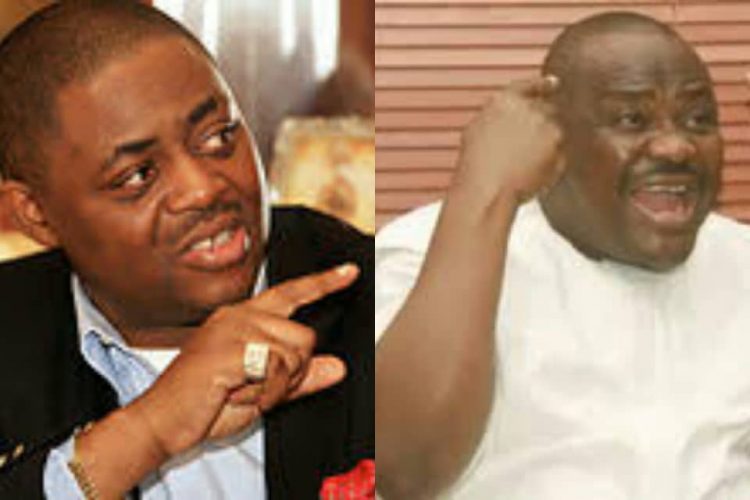 Governor Nyesom Wike and other Peoples Democratic Party (PDP) stalwarts have been persuaded by Femi-Fani Kayode (FFK) to abandon Atiku Abubakar and the platform.

On Wednesday, the former minister of aviation delivered the counsel in response to the PDP presidential candidates’ withdrawal from the devastated chieftains’ campaign.

In response, Atiku urged them to reconsider, go back on their way, and assist the opposition in regaining power for Nigeria, “our children, and those yet unborn.”

Fani-Kayode claimed in a statement that Wike and his friends are being treated like trash by their own party, which he claimed had ties to terrorism.

“I saw all this coming long ago. Why do you think I left the PDP in the first place?”, he asked.

He stressed that the party is no longer national and does not pretend to have respect for Southerners.

The former presidential aide insists the PDP was incapable of rewarding loyalty and keeping its word.

“It is a party that begins and ends in the North; every Southerner and Middle Belter that is still there is nothing but a quisling and a stooge.

“It is a party that does not believe in the importance of building bridges of peace, love and understanding between the North and the South.

“It is a party that does nothing but seek to marginalise and destroy its perceived enemies; putting Nigeria in its hands would mean the end of our country within a matter of months.

“A party with no morals or decency that treats those that stood by it, helped it and fought for it over the years with contempt and disdain.

“A party that uses and dumps. A party that seeks to deride, misrepresent and humiliate all those that once stood in the trenches with them and fought fir their cause.

“A party which has close and covert links with the terrorists that are killing, maiming and kidnapping our people.

“A party which is powered and controlled by hidden forces that believe they own Nigeria and that has not only sought to destabilise our nation.”

An Assertion or A Question: The True Story of What Happened Between FFK and the Daily Trust Journalist

FFK alleged that some PDP members are behind much of the bloodshed “in the North-West and parts of the North-Central and particularly in Zamfara, Kaduna, Niger, Nasarawa and Katsina”.

“A party that has done nothing but humiliate its former President and flagbearer in 2015, President Goodluck Jonathan, and did not see fit to give him a role in their Presidential Campaign Council.”

Fani-Kayode claimed that the PDP only knows how to use race and religion as weapons and is solely concerned with its own financial gain.

The leader of the All Progressives Congress (APC) exhorted Wike and others to align themselves with his party as well as their followers.

If Tinubu Picks El-Rufai As Running Mate, This Is What Will Happen – Source Reveals

In addition, he said that Atiku would completely destroy them if he were to win the 2023 presidential election.