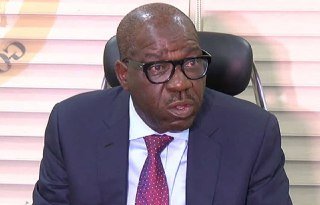 In response to the Independent National Electoral Commission’s accreditation of the Edo State governor Godwin Obaseki’s group as the vice chairman of the South-South PDP, Dan Orbih.

According to Anaedoonline.ng, INEC recognized the list of candidates created by a group that supported Orbih at the party primaries conducted in May on Tuesday.

Consider the separate primaries held by the Orbih and Obaseki factions, which resulted in candidates for various elected posts.

This growth had led to legal disputes and rulings from several courts.

However, a list made public by INEC at its state office in Benin showed that every candidate on the list had won the primary held by Orbih’s faction.

The electoral agency noted that its move was mandated by the court in the list that was published.

PDP State Chairman Dr. Tony Aziegbemi responded to the development by stating that the electoral agency is only adhering to the court’s decision to publish the candidates’ identities.

There cannot be a final judgment on this, according to Aziegbemi, until the candidates have presented all of their arguments in court.

However, he advised Obaseki’s supporters to maintain their composure and wait for the court’s final ruling on the case.

He said, “I am sure you know that there are court cases pending. INEC is obeying the court order by publishing these names, but until the candidates exhaust all their cases in court, there cannot be a final opinion on this.”