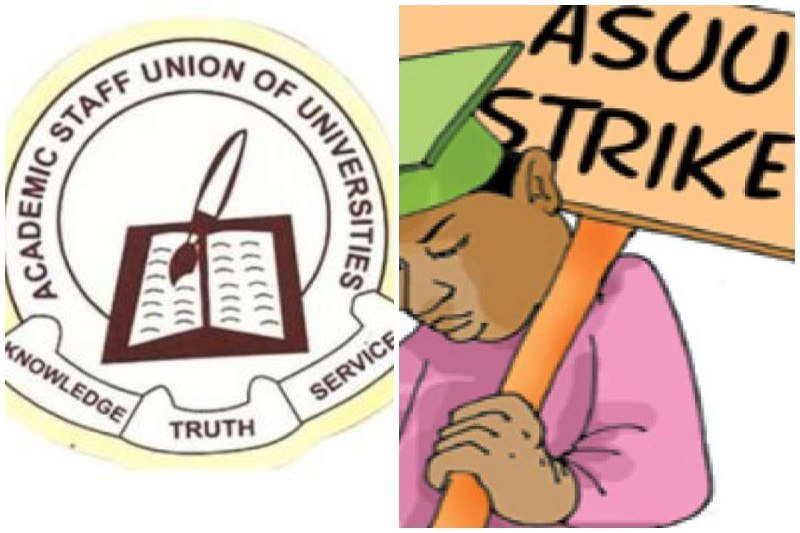 Soohemba Agatha Aker, a Benue State University final-year law student, has filed a lawsuit against President Muhammadu Buhari, the 36 state governors, and others in Abuja’s Federal High Court over what she claims is their improper handling of the conflict between the federal government and the Academic Staff Union of Universities, or ASUU.

The plaintiff is requesting that the court halt payments to President Buhari, the governors, and all other people holding political office in the nation until the dispute has been resolved and the strike has ended.

The applicant is also requesting a similar order against the Chief of Staff to the President, the Secretary to the Government, all Senators and Members of the House of Representatives, all Ministers, Permanent Secretaries, Heads of Parastatals, and Extra Ministerial Bodies of the Federal Republic of Nigeria, all Vice Chancellors and Members of Senate of Striking Universities, along with the salaries and allowances of Striking Universities, and all Members of the Federal Republic of Nigeria (ASUU).

In the suit filed by her counsel, Chukwuma-Machukwu Ume, SAN, the applicant listed the respondents to include the Federal Government of Nigeria, Registered Trustees of the Academic Staff Union of Universities, President of the Senate, Speaker of the House of Representatives, and the Governor of Abia State (also sued in his official capacity and in a representative capacity for all the other Governors of the 36 states of the federation).

The applicant is equally seeking an order of mandamus compelling the defendants, including members of the Senate of the striking universities, to return to the first respondent their monthly salaries, allowances, and other benefits received individually or collectively from the day the industrial action of the second respondent commenced till date, pending the hearing and determination of the originating motion.

She further asked for an order of interlocutory injunction suspending the activities of 6th and 7th Respondents (RMAFC and FAAC), including payment of the monthly allocation funds to the 3rd, 4th, 5th, 8th, 9th & 10th Respondents pending the hearing and determination of the applicant’s suit.

In a supporting affidavit, she deposed to the fact that the ASUU strike has and continues to affect her adversely as her plans of graduating this academic year 2022 and applying for admission into the Nigerian Law School have been thwarted; that her tuition fees paid for this academic year will go in vain as the academic year is almost lost if nothing is done.

She stated further that her dreams of becoming a law graduate and a future lawyer are on the verge of collapsing, as her sponsor had made it clear that this year was the last year to sponsor her in school; that her mates, who are children of top politicians, are currently taking their studies uninterrupted in private universities in the country or abroad; that some of her mates have gotten pregnant due to boredom and idleness; that she is going through severe mental stress and trauma each passing day as the strike prolongs with no concrete action taken by the stakeholders concerned towards ending it.

A declaration that refusal, failure, or neglect of the 1st, 2nd, 3rd, 4th, 5th, 10th, and 11th Respondents to put an end to the lingering industrial action (strike) of the members of the 2nd Respondent Union (most of whose children are abroad attending the best universities) is a function of the act of discrimination in the affording of educational opportunities to their children abroad and the neglected Applicant and teeming types all over the country.

An order compelling the 1st, 2nd, 3rd, 4th, 5th, 10th and 11th Respondents to immediately and forthwith inaugurate a Save the Future Think-Tank Committee of all parties herein or their representatives and other key stakeholders from all tiers of government and segments of the Nigerian societies as to map out immediate steps as to end the ongoing strike by 2nd Respondent and ensure uninterrupted academic calendar in all Nigerian tertiary institutions even in times of any of the industrial disputes in the sector.

Meanwhile, no date has yet been fixed for the hearing of the suit.