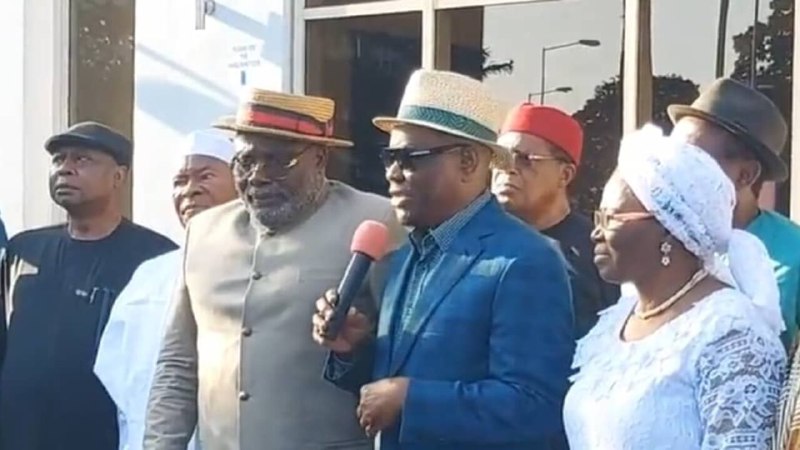 Nyesom Wike, the governor of Rivers State, met in Port Harcourt on Tuesday with representatives of the Peoples Democratic Party’s (PDP) Board of Trustees (BoT).

In an effort to end the party’s crisis, the BoT members were in Rivers State.

Prior to the meeting starting, Governor Wike requested that news reporters attend.

He admitted that a great deal of information has been misrepresented over time, making it challenging for officials to convey the specifics to the media when speaking to them.

Wike stated that it is preferable to maintain the truth so that they will understand how to solve the problem.

The governor of Rivers State claimed that journalists’ presence enables them to present a fair account.

Adolphus Wabara, the BoT chairman, had argued that he preferred that the media be told after the meeting, and he had accepted that argument.

Wike stated that he has no issues with his elders’ requests if that is what they are.

The Rivers State Governor had said, “But ordinarily that’s not the mindset that I had. My mindset is that I want the press to be here because so many facts have been distorted and that even when we go out to address the press we may not be able to explain the details to the press.

“I believe that one of the things we should do in life is to keep our records straight and so we would know how to solve the problem.

“When they ( press) are there, they hear directly what the person said, it gives a balanced story.

“But if you say so, I have no problems. But frankly speaking, this is what I had in mind.”

2023: PDP To Kick Off Presidential Campaign On Oct 10 At Akwa Ibom