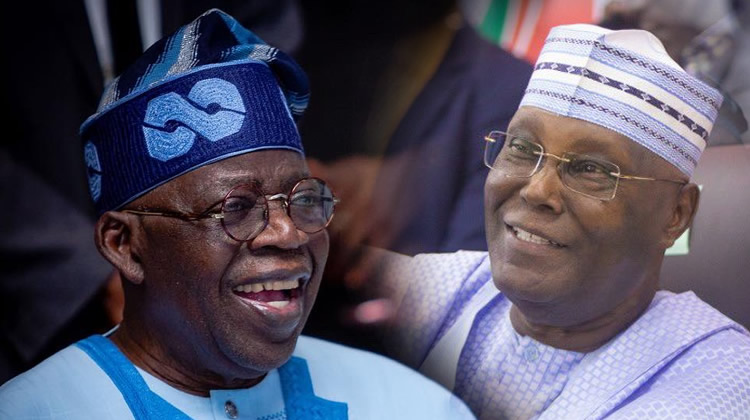 Bola Tinubu, the candidate for the All Progressives Congress (APC), has been compared to a drug lord by Paul Ibe, spokesman for PDP presidential candidate Atiku Abubakar.

According to Anaedoonline.ng, Festus Keyamo, the spokesperson for the APC Presidential Campaign Council, made a statement to which Atiku’s spokesperson was replying.

In a video he shared on Friday via his Twitter account, Keyamo compared Atiku to a bus conductor seeking for a driver’s position and said he lacked the expertise necessary to lead Nigeria.

What Atiku Said About His Name Being On US Watch List

The APC leader argued that Atiku is applying for a driver’s role like a bus conductor because the PDP candidate has never had a position where he could make final choices on important issues.

According to the Minister of State for Labour and Employment, Atiku is simply hanging onto the accomplishments of former President Olusegun Obasanjo, for whom he served as Vice President, and has nothing to offer Nigerians.

While the PDP candidate reported to Obasanjo for eight years, his principal was also in control of a State throughout that time, according to Keyamo, who claimed that Atiku cannot compare himself to Tinubu, whom he compared to a driver for eight years.

Atiku was never a member of the Obasanjo administration, according to Keyamo, even when he was vice president because of his disobedience and aggressiveness.

In response, Atiku disparaged Keyamo’s remark and attacked Tinubu through a spokesman.

In a tweet via his Twitter page, Ibe likened Tinubu to a drug baron applying to head an anti-narcotics agency, instead of being in jail.

“Tinubu can be likened to a drug baron applying for the job of head of an anti-narcotics agency when other drug dealers are spending time in jail,” he tweeted.