When Wike, G-5 Governors’ Demands Will Be…

Why I Had My Brain Tumour Surgery… 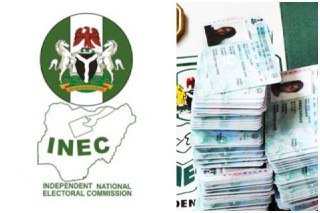 Dr Mutiu Agboke, the newly appointed INEC Resident Electoral Commissioner (REC) for Osun, has proclaimed that the era of election cheating in the country is over.

Agboke stated this on Saturday in Osogbo, the state capital, while speaking to Independent National Electoral Commission employees (INEC).

He stated that electoral process manipulation, in any form, was no longer conceivable under the current procedures, particularly with the inclusion of the Bimodal Voter Accreditation System (BVAS) into the system.

The new technology, he claimed, has “technically murdered” all sorts of election manipulation in the country.

The new REC committed to respect the Commission’s principles by guaranteeing that people’s votes were counted in the 2023 general elections.

” I want to assure the electorate in the state that we will not disallow them from getting the fruit of the votes, and the fruit of their votes is to vote in a direction, and get result in that direction.

” The era of rigging is gone. Rigging has been technically murdered by our process and procedure, and that is what BVAS has come to achieve,” he said.

” Nobody will be deprived of his right to cast his or her vote, and the commission will do the needful at all times”.

Agboke also urged members of staff of the commission to ensure that their attitude to work changed for better, in line with the rule of engagement.

He also urged them to be responsible, dutiful and avoid truancy.

” Being responsible this period is very key because we are moving towards 2023 general elections.

” If you are lackadaisical now, what kind of action will you carry to the election? Our staff must be up and doing,” he said.

In his remarks, the Administrative Secretary of the Commission in the state, Mr Akanni Oduntan, said members of staff would not disappoint the new REC.

” We are happy at your coming. We want to assure you that we will not disappoint you,” he assured.

Victor NdubuisiJanuary 16, 2023
Another great offer for you

SHOCKING: To Donate Organs, Blood To William Was Why I Was Born...