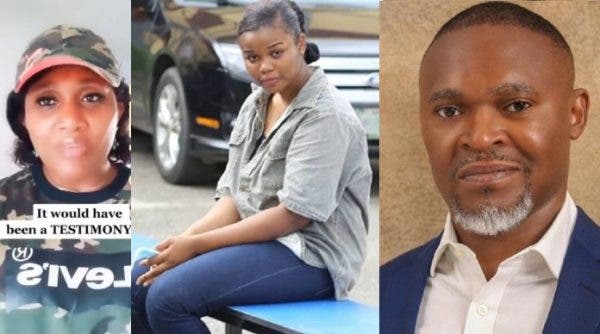 Bamidele, who works for the State Criminal Investigation Department (SCID) Panti in Yaba, revealed this while being cross-examined by Chidinma’s lawyer, Onwuka Egwu, during a trial-within-a-trial.

Chidinma, a University of Lagos 300-level Mass Communication undergraduate, is on trial for the alleged murder of Ataga.

She is also accused of stealing and forgery, together with Adedapo Quadri and her sister, Chioma Egbuchu.

DSP Bamidele spoke in court on October 29, 2022, about his investigation team’s findings and how Chidinma confessed to killing Ataga after a brawl in his hotel room.

The court, at the request of Chidinma’s legal team, ordered a trial-within-a-trial to determine if Chidinma’s statement was produced under duress and deferred the case till yesterday.

During cross-examination, Bamidele informed the court that his team had evidence that Chidinma was having an affair with his foster father, Ojukwu.

He said: “In the course of our detention of Mr. Ojukwu, we stumbled on intelligence that there was an amorous (sexual) relationship between the first defendant (chidinma) and her foster father.

That gave us a hint that Mr. Ojukwu was not sincere and that he was aware of the offence that Chidinma is standing trial for today.

“We found that she was concealing the real information. We also established that the mother of the first defendant never approved the custody of the first defendant to Ojukwu and it was on this basis that we charged him to court alongside the three defendants at the Magistrate Court so that the court can decide if he should get bail or not.”

Bamidele also told the court how Chidinma and Mr. Ojukwu were arrested and insisted on following due procedure when obtaining their statements at the police station.

The trial has been delayed till November 10 by Justice Yetunde Adesanya.