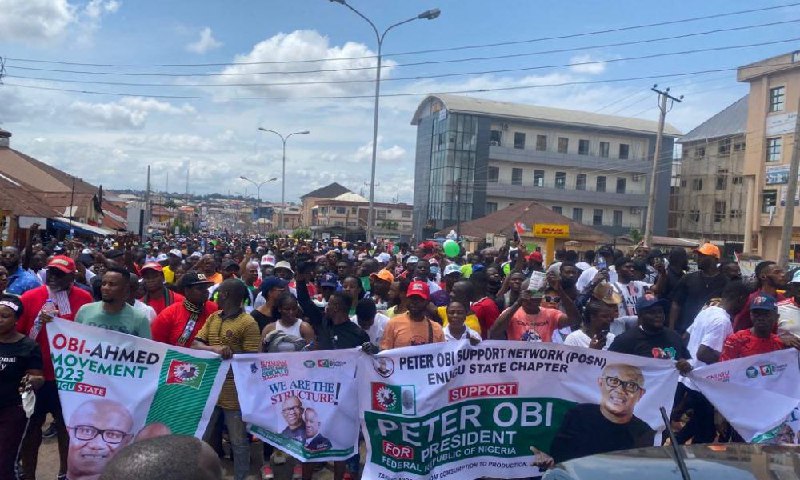 Following a disagreement between the Abia State administration and the Labour Party over the usage of Ngwa High School in Aba for the party’s rally, the Labour Party has signed an agreement to keep the peace during the event.

Mr. Peter Obi, the party’s presidential candidate, is scheduled to attend the event on Thursday (today), where the gubernatorial candidate, Dr. Alex Otti, will submit his platform.

In a letter issued by the Commissioner for Post Basic Education, Chief Israel Mark, the Abia state government asked the party to modify the date of the rally or find another venue for the event because the school will be in session during the rally.

The government claimed that the rally’s 8 a.m. start time would interfere with academic activities at the school, and that the state would be setting a bad precedent by chasing away school children and teachers in order to hold political rallies, which could also predispose school property to vandalism.

Mr. Ferdinand Ekeoma, Media Assistant to the party’s governorship candidate in the state, Dr. Alex Otti, however, told Vanguard that there will be no academic activity at Ngwa High Institution because the school is on midterm vacation. He accused the state administration of attempting to scupper the rally.

According to news reports, the party’s state leadership met with the Commissioner of Police, Mustapha Mohammed Bala, and signed an undertaking to maintain peace at the rally in Aba.

The Labour Party of Abia State committed to ensure peace and good conduct during the demonstration in a letter delivered to the Commissioner of Police and signed by the party’s Abia State chairman, Hon. Ceekay Igara.

“Sequel to the meeting held with the Labour Party Leaders and the Commissioner of Police Abia State Command on Wednesday, 09/11/2022 and the resolution agreed upon, we hereby resolve to maintain peace and good conducts all through the duration of our campaign rally at Ngwa High School Aba on Thursday, 10th November, 2022,” the letter read in part.