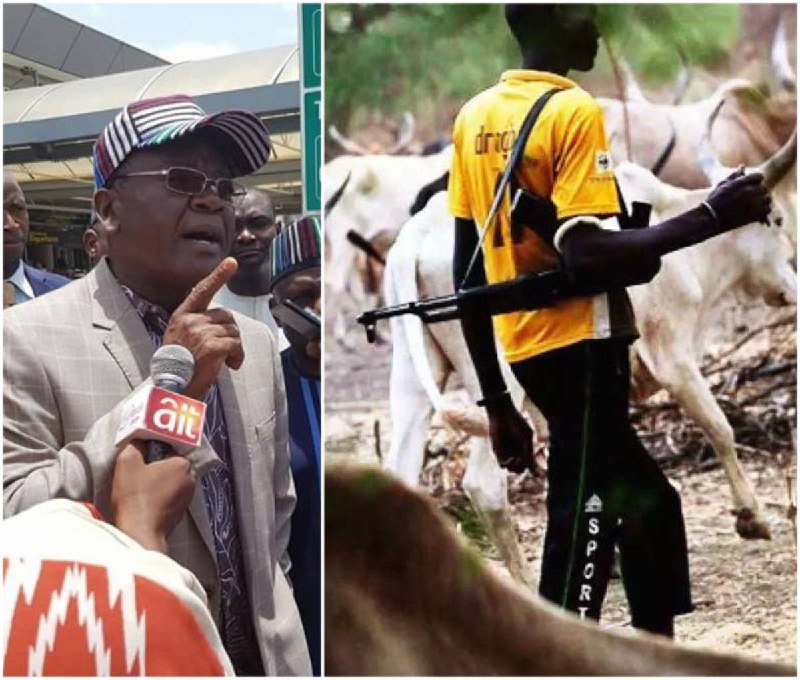 Recall that Ortom stated last Sunday, while hosting the Peoples Democratic Party (PDP) G5 Governors in Benue State, that he would not endorse the PDP’s presidential candidate, Atiku Abubakar.

Ortom stated that he will not endorse Atiku because he is unconcerned about the ongoing atrocities in Benue.

While grieving the deaths of persons in his local government last week, Benue State Governor declared, “to hell with Atiku and everybody who supports him.”

He stated that everyone who supports Atiku’s presidential bid in 2023 is an enemy of Benue State.

The governor reportedly accused Fulani herdsmen of killing some villages in the state and stated that he would not accept a Fulani as president.

Ortom, on the other hand, issued a public apology following his viral statement.

In a statement, NEF’s Director of Publicity and Advocacy, Hakeem Baba-Ahmed, advised politicians not to politicize insecurity, particularly sectarian disputes.

While urging that the killers of villagers in Benue State and other people in communities around the North be tracked down and prosecuted, Baba-Ahmed recognized that renegade Fulani elements have emerged as killers, bandits, and kidnappers in the north.

He stated that the forum, like other Nigerians, viewed the video in which Governor Ortom spoke in an unsuitable way and language for a leader.

The NEF spokesperson noted that “He (Ortom) was apparently addressing citizens on recent killing of villagers which he attributes to Fulani herders. Even while making allowances for the established patterns of rhetorics and practice of Governor Ortom on inter-communal relations, this latest outburst should be condemned in a most emphatic manner.

“It does neither justice to the condemnable killings in Benue State nor to the standing of the Governor of his people. The context of a politicised environment does not excuse this latest demeaning outing of Governor Ortom. On the contrary, it diverts attention from the latest tragedy that has befallen citizens and families in Benue State.”

The group said the forum would continue to demand that those who are asking for votes in 2023 from the north would show in clear and specific terms how they plan to secure Nigerians.

Baba-Ahmed said: “They must also demonstrate how they intend to address damaging profiling and deliberate exploitation of passions eminently demonstrated by Governor Ortom.

“The Forum demands that leaders and politicians de-politicise the scourge of insecurity under which we all live. Governor Ortom should live up to his oath and his commitment to his mandate to live as a responsible leader of his people.

“He should avoid the temptation to play to a gallery which, like all Nigerians, is desperate for relief and an end to the killings which pitch them against each other and leads them towards unending conflicts.”