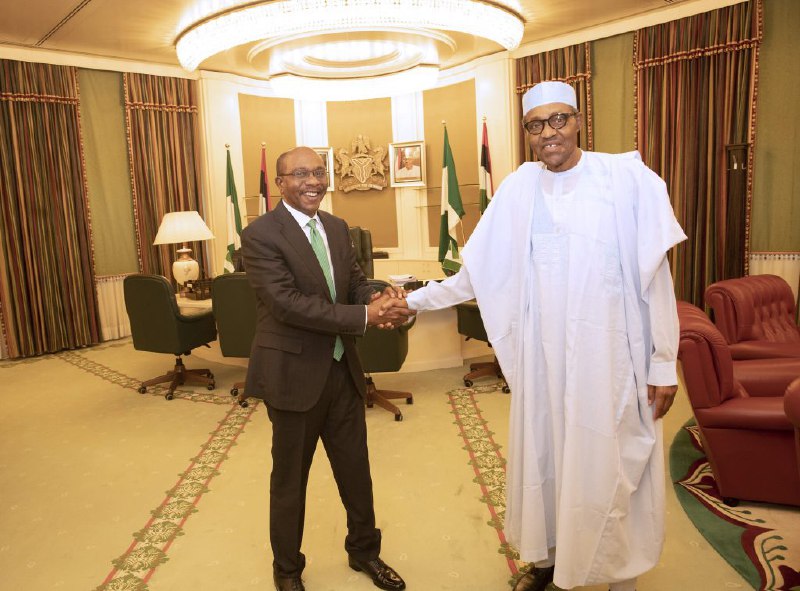 According to Anaedoonline.ng, the SSAT has asked President Buhari to examine the accounts of the Governor of the Central Bank of Nigeria (CBN), Godwin Emefiele.

According to the organization, Emefiele should be removed immediately to allow the CBN board and the Financial Reporting Council to thoroughly investigate the Bank’s records.

In a statement signed by its National Coordinator, Bitrus Nta Oliver, the organization accused Emefiele of generating economic hardships in the country as a result of the CBN’s current monetary policies and the governor’s incompetence.

The SSAT, on the other hand, threatened to sue the president and the Senate after 96 hours if no action was taken against the CBN governor.

The SSAT further stated that Emefiele’s recent actions have thrown the ruling APC into disrepute, claiming that an impartial audit of the bank will reveal the damages Emefiele allegedly caused the bank and the Nigerian economy.

The group noted that “If we do not see any action by the President within the next 96 hours, we shall immediately launch a suit to compel the suspension of the Governor from office because as the Chairman of the Board of the bank, he cannot be a judge in his own case.

“So, he will have to step aside while the Board looks into the books alongside the Financial Reporting Council.

“Removal of Emefiele immediately as the Governor of the CBN will help redeem the economy of the country and draw it back from the brink.

“He has abused his office by using the same to get involved in politics and investors do not have confidence in our monetary policy anymore.”

LATEST: Former Clerk Of The Nigerian Senate, Ayewoh Is Dead