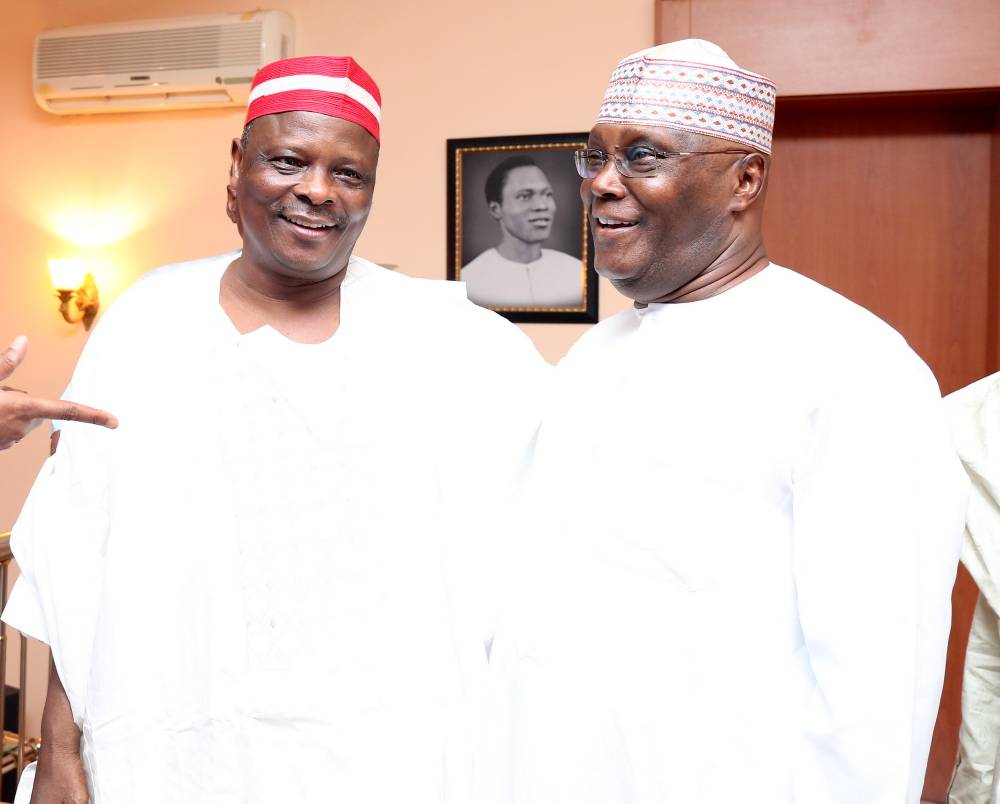 Dr Rabiu Kwankwaso, presidential candidate of the New Nigeria Peoples Party, has stated that he will not step down for his Peoples Democratic Party counterpart, Atiku Abubakar.

Major Agbo, the NNPP’s spokesman, who revealed this in an interview with one of our correspondents, disputed a report that northern leaders were pressuring Kwankwaso to step down for Atiku.

According to him, Kwankwaso is in the race to win, and he believes he will be the country’s next president.

However, the NNPP spokesperson did not rule out the potential of coalition talks, which he stated would take place on its conditions.

When asked for an update on the supposed conversations between his party and the Labour Party’s presidential campaign staff, Agbo denied the report.

“Go and ask Okupe (Dr Doyin Okupe). He was the one who scuttled the first alliance talk because he came into the negotiation with his ‘unusual’ agenda that Obi should be made the president. How can Obi be president over Kwankwaso?”

Also, the National Chairman of the NNPP, Rufai Alkali, agreed with Agbo when he called the allegation false.

Alkali, a political science professor, said the report was the work of people out to deceive Nigerians in order to win cheap political points.

He said, “It is completely false. We are not surprised at all that this story is coming out this way at this time. All discerning Nigerians have been following the pattern.

“They first said our candidate was going to step down for Asiwaju Bola Tinubu. When we debunked it, they said the NNPP had surrendered to the Labour Party and Peter Obi. When we explained the circumstances, they kept quiet.

“Next, there was an attempt by our elders at the Arewa Consultative Forum dialogue for Presidential candidates to present their manifestos. We agreed with the organizers but we realized that there were forces working to undermine the process by using the platform to endorse a Northern candidate. When Kwankwaso did not appear, that project collapsed.

“In the past few weeks, our candidate presented his blueprint which came out very solid. He was at the AriseTV -CDD Presidential debate which was very successful. He travelled to the South-East, and spent three days in Enugu and Abakiliki.

2023: North Will Benefit More From Igbo Presidency That Igbos – Agbo

“With all these achievements, fear has gripped them. They have now come up with another card that he is under pressure to step down. Step down for who? Under what circumstances? Has it happened in the history of democracy in Nigeria that a Presidential candidate with a strong party backing him, with Nigerians urging him to move on, will surrender his structures to someone else?

“Now that he has become a shining star, they are scared. It is sheer propaganda and psychological warfare and all those behind this should stop.”