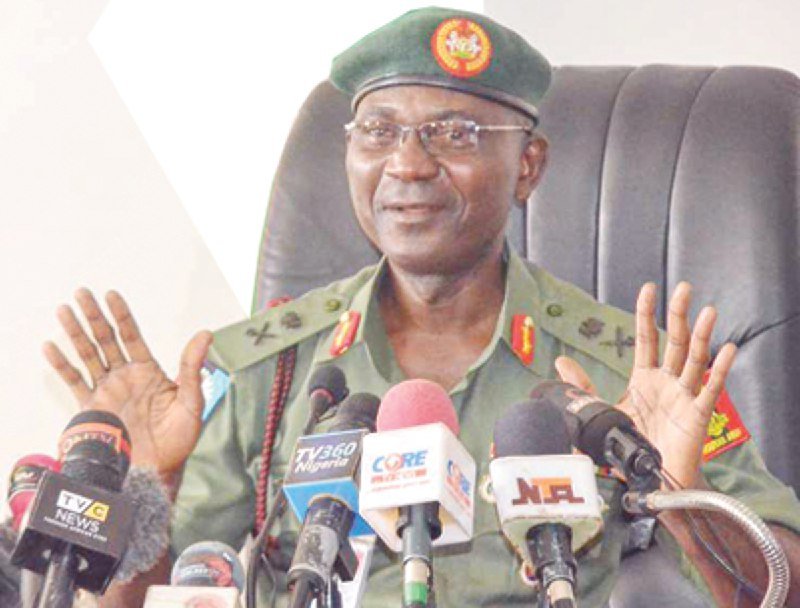 The Defence Headquarters (DHQ) has revealed the identity of the nineteen (19) most wanted terrorist commanders that it is currently tracking.

According to the list released on Monday by the Director of Defence Information, Maj.-Gen. Jimmy Akpor, the identified terrorists have been wreaking havoc in the country’s North East, North West, and North Central zones.

The statement also revealed that a N5 million bounty has been placed for any information on how the terrorist commanders can be apprehended.

Nigerians with solid information were also given the phone number 09135904467 to call the military.

According to Gen Akpor, the move is part of attempts to maintain the pace of eliminating terrorists from their hideouts and restoring stability to the region.

Below is the full list including the names and state of origins of the terrorists.