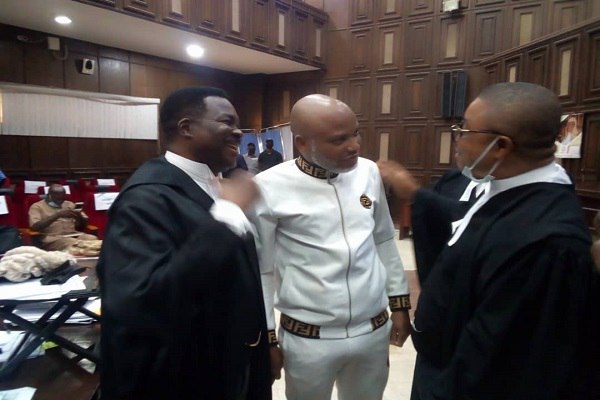 The Federal High Court in Abuja has deferred indefinitely the trial of Nnamdi Kanu, the leader of the outlawed Indigenous People of Biafra (IPOB), on terrorism charges brought by the Federal Government.

At Kanu’s request, Justice Binta Nyako postponed the trial sine die until the Federal Government’s appeal against the Court of Appeal’s October 13 decision exonerating him from terrorism charges was resolved.

The Federal Government’s appeal to the Supreme Court seeking reversal of the Court of Appeal’s decision is currently pending.

Two other cases scheduled for court hearings were also postponed indefinitely for the same reason.

He informed the court that all efforts to persuade Kanu to change his mind had been futile.

Wike, Ortom, Others Not Keen On Reconciliation, Atiku Yet To Submit Fresh Terms