2023 Elections: Accreditation, Voting To Be Done…

Rivers Project Commissioning: I Have Right To…

Ronaldo Opens Up On Why Man Utd… 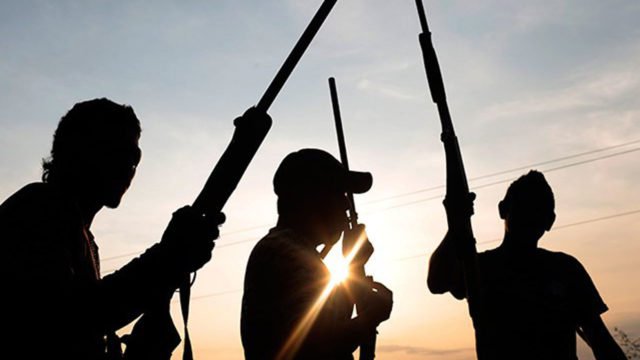 On Monday morning, a swarm of gunmen stormed the Obudi Agwa community in Imo State’s Oguta LGA, killing the monarch and two visitors.

According to Anaedoonline.ng, the hoodlums entered the palace of the community’s guardian of culture and tradition, Eze Assor, Udi of Obudi Agwa, and killed him as well as two others before fleeing.

The event occurred today morning about 9 a.m., according to Hon Obinna Jumbo, the coordinator of Agwa Development Centre.

The assailants arrived in two white hummer buses and three motorcycles, he said.

The bodies of the traditional ruler and two others who were holding meetings with the monarch have been deposited at the mortuary, according to the community leader, who was close to tears while fielding queries from Newsmen.

Another community source, who requested anonymity, told Newsmen that the gunmen were alleged to have carried out the attack in two locations and then fled the scene.

He stated that the number of people slain could not be determined at this time since the tragic episode that broke peace and calm in Agwa village left inhabitants frightened, with most significant individuals fleeing to town for fear of being killed by the rampaging unknown gunmen.

As of press time, Michael Abattam, spokesperson for the Imo Police Command, a Chief Superintendent of Police (CSP), was yet to speak on the killings.

2023 Elections: Accreditation, Voting To Be Done At The Same Time – INEC Reveals

2023 Elections: Accreditation, Voting To Be Done At The Same Time – INEC Reveals

Rivers Project Commissioning: I Have Right To Invite Whomever I Want – Wike