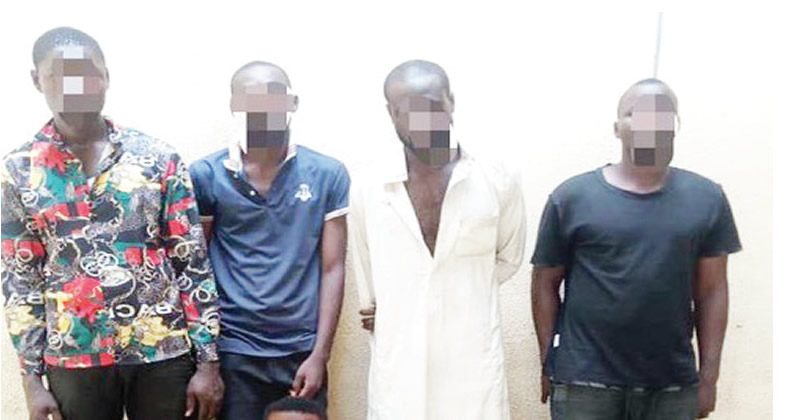 The eight-year-old child of a Bureau De Change operator in the state was abducted, according to the Lagos State Police Command, which has confirmed the arrest of six suspects.

The youngster was released three days later, according to SP Benjamin Hundeyin, the state police public relations officer, who verified the news in a tweet on Monday. He said the suspects planned the act together.

He added that charges would be filed against the suspects after it was determined through investigation that they were also BDC operators working in the same commercial area as the victim’s father.

Hundeyin said, “These six (suspects) conspired and kidnapped the eight-year-old child of a BDC operator. The child was released three days later bound hands and feet in a sack.

“Preliminary investigation reveals that all the suspects are fellow BDC operators in the same business district of Lagos. The suspects will be arraigned at the end of investigation.”

In another development, Hudenyin in a tweet on Tuesday, said policemen attached to the Ajah Police Station arrested two suspected cultists in the Ajah area of the state.

He explained that the suspects were arrested after policemen received a distress call that cultists were on a rampage in the area, adding that two locally-made pistols were recovered from them.

The tweet read, “Men at the Ajah Division responded swiftly to a distress call from Sangotedo that cultists were on rampage. These two (suspects) were arrested with locally-made firearms. They are currently assisting with ongoing investigations.”