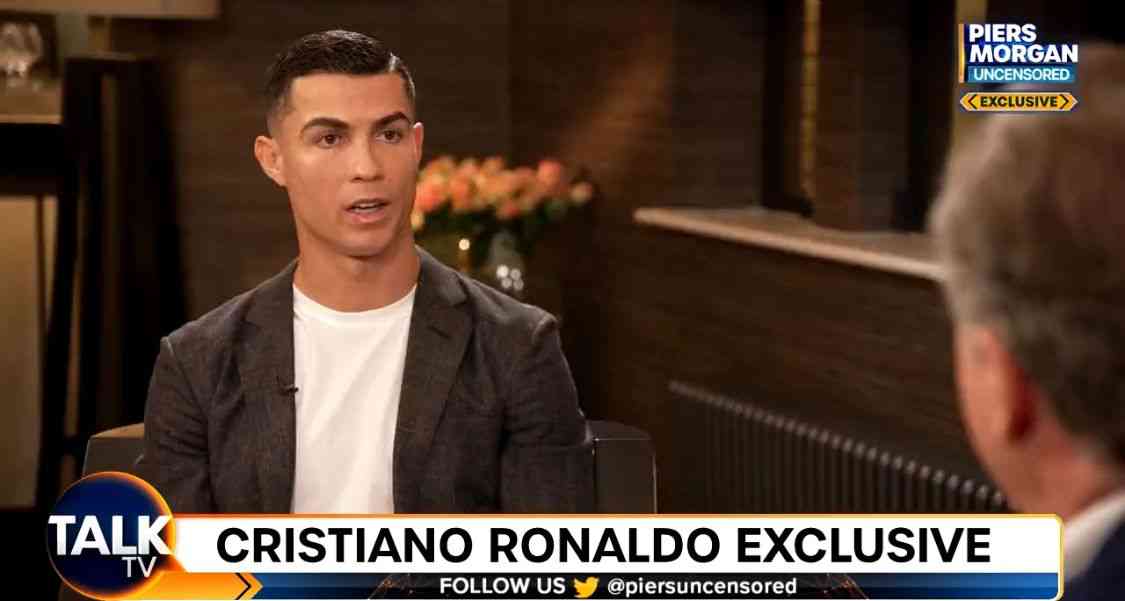 The club stated that it has “started necessary steps” and that it “will not be making additional comment until this process is completed.”

In an interview with TalkTV journalist Piers Morgan, Ronaldo accused United of abandoning him and attempting to drive him out of the club.

United have not set a timetable for the process, but it is believed that they want Ronaldo to leave “cleanly and fast” and in the most dignified manner possible, according to Sky Sports News.

Ronaldo stated throughout the 90-minute interview that he has no regard for boss Erik ten Hag.

The 37-year-old also stated that the United manager “provoked” him.

The Portugal captain, widely regarded as one of the greatest players of all time, also said that the Glazer family, who have owned United since 2005, do not have the best interests of the club in mind.

“The Glazers, they don’t care about the club. I mean, professional sport, as you know, Manchester is a marketing club,” he said.

Ronaldo Opens Up On Why Man Utd Has Not Reached The Level of Man City, Liverpool, Arsenal

‘They didn’t believe me’

He alleged two senior figures at Old Trafford treated him with suspicion when he said his daughter Bella was sick with bronchitis, three months after her twin brother died.

“I spoke with the director and the president of Man United and they kind of didn’t believe that something was going wrong, which made me feel bad,” Ronaldo said.

“I am never, ever going to change the health of my family for a football. Never. Now or 10 years behind or forward and it is something that really hurt me because they doubt my words.”

2023: Agitate For A Christian Senate President And Speaker – Abuja Pastors...