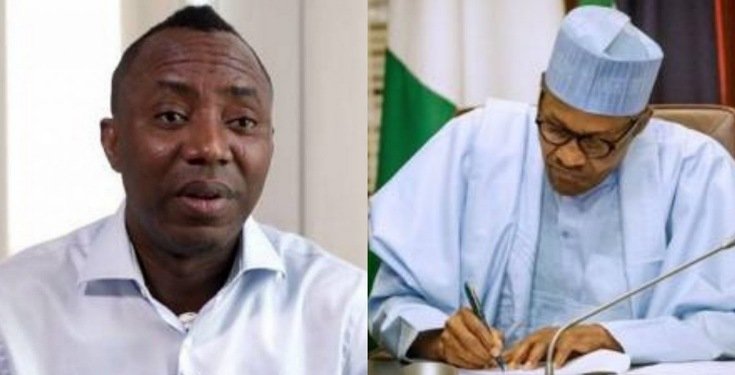 Speaking about the disputes between the Federal Government and the Academic Staff Union of Universities, African Action Congress presidential candidate Omoyele Sowore suggested that the president, Major General Muhammadu Buhari, be subject to the alleged “no work, no pay” policy.

At the presidential town hall hosted by Daria Media and Cabal Entertainment on Friday night, Sowore insisted that if the FG must implement the “no work, no pay” policy, it must begin with Buhari because he hardly works.

While fielding a question on the government’s insistence on enforcing the policy on ASUU, who embarked on strike for eight months, and how he could handle it differently, Sowore maintained that Nigerian workers must be paid when their industrial action was based on a just course.

Sowore said, “When the strike is just, you will have to pay the strikers. They didn’t want to do this, it was the government that forced them into it.
“If you want to start the enforcement of not paying the people who are not working, I think the President should be number one because he barely works. And the truth is that these are the things that escalate the problems. You can’t keep escalating the problems by engaging in the things that made them.
“Our higher institutions are too important to be played with the technical part of laws. Let’s put the money they asked for. They are specific about how much they want. Let’s find the money and give it to them. Their demands have been the same since the 1990s.”

ASUU had gone on strike on February 14, 2022, over the government’s alleged failure to meet its demands, including improved funding for government-owned tertiary institutions in the country.
The strike, which lasted for eight months ended on October 14, but while the lecturers expected the government to pay them for the period they were on strike, the government insisted on enforcing the ‘No work, no pay’ policy, hence, the lecturers were paid half salary for October.

Following this, ASUU branches had been protesting the half-pay.