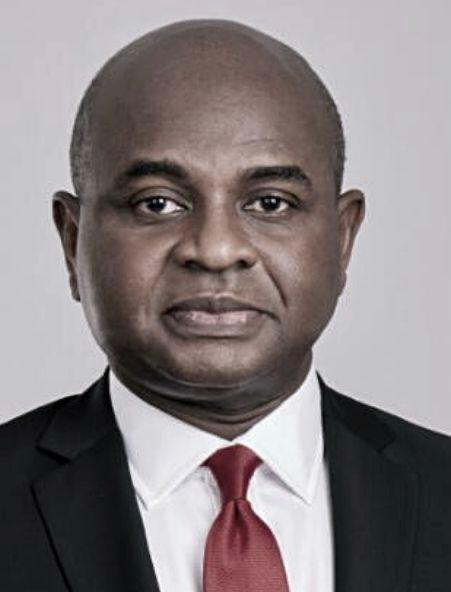 The stage is almost set for a change of government in Nigeria as the Muhammad Buhari administration gradually comes to an end. Its achievements as well as failures have been exposed with several reports and press conferences, with the latest being the press conference by the Coalition of United Political Parties (CUPP) and a report from the National Bureau of Statistics which revealed that 63 per cent of Nigerians were poor in multidimensional ways due to the lack of access to health, education, and living standards, alongside unemployment and shocks. This has lead to panic over the true state of the nation and clamour for a better Nigeria.

Despite the intensity of the political campaigns, analysts, economists and well meaning citizens of the country have come together to contribute to nation building in other ways than scrambling for votes at the polls in different parts of the country. The Institute for Governance and Economic Transformation (IGET) is one of such groups.

Founded by prof. Kingsley moghalu, who was formerly the presidential candidate of the Young Progressive Party (YPP) and former deputy governor of the Central Bank of Nigeria, IGET is an independent, nonpartisan and innovative public policy think tank. Seeking to improve knowledge, design and implementation of public policy, their major focus remains finance, business, inclusive economic growth and sustainable development.

The Nigerian Political Economist teamed up with Economist and Researcher, Damian Kalu Ude to write a new policy paper, titled “Nigeria’s Poverty Trap – And How to End It”. The report released today by IGET uses a multidimensional approach to explain the causes and nature of poverty in general and Nigeria’s poverty crisis in particular.

It also presented 27 policy proposals to take 100 million Nigerians out of poverty in 10 years. It drew up unchecked population growth, inadequate welfare and security programs, climate change, high food prices, inequality, marginalization and lack of education and skills as the major causes of poverty while stating pervasive poverty and social security as the most pressing challenge for the country’s next administration after the 2023 elections.

“With a Gross Domestic Product (GDP) of $440 billion, Nigeria is the largest economy in Africa, but the country is caught in a deep poverty cycle. According to the World Bank, 95 million Nigerians will be considered extremely poor by 2022, up from the current national average of 89 million, or 43% of the population. This calculation is based on the extreme poverty mark of less than $2.15 a day. More than 90% of Nigerians live in poverty when compared to the $5.5 daily poverty limit.”

The IGET policy paper asserts that the first place to begin in any effort to lift 100 million Nigerians out of extreme poverty is in the political and elite space with the formation of a consensus among Traditional Rulers, former presidents and top citizens of the country, adding that whoever is elected president of Nigeria in the presidential elections scheduled for 2023 should begin the process of building this elite consensus.

“The forthcoming elections in February 2023 present a historic chance to start constructing this consensus across all facets of Nigerian society. Whoever wins the next presidential election and leads the next administration will be responsible for leading this historic effort. A key necessity for the achievement of this agenda is philosophical clarity regarding the roles of the state and the market in reducing poverty.”

As indicated by the report, Nigeria will not be able to end extreme poverty for 35 million people by 2025 or for 100 million Nigerians within the next ten years, as indicated in its National Development Plan and other policy pronouncements by the government. The country requires a new elite development consensus on development that cuts through 440bn.

The IGET policy paper also recommends the establishment of a robust social security system backed by national law, as opposed to initiatives in social protection that may not be continued by future administrations. The institute recommends the establishment of a permanent social security for elderly Nigerians aged 65 and above and who do not have a pension.

“To be consistent and robust, Nigeria’s policy choices must be anchored on an understanding of the roles of the state and the market, the balance between the two, which pathways to utilise state-leaning or market-driven or the precise weights to attach to the two broad choices where combinations from each are to be deployed,”

It explained that strengthening the capacity of the state and its institutions to a level of minimum credibility that is presently lacking remains an urgent priority, noting that to begin with, effective reform of the civil service, addressing its size, capacity for service delivery and its remuneration are inevitable. The incoming Nigerian government after the elections in February 2023, it advised, should increase public spending on health and education, bolster productive jobs, and improve the effectiveness of social protection.

“Other suggestions for eradicating poverty include, as a top priority, increased and carefully targeted investments in healthcare and education, creating an environment that encourages the creation of jobs in the private sector, bold fiscal reforms to increase government revenue through effective taxation and the elimination of wasteful fuel subsidies while mitigating the potential effects of subsidy removal on already poor citizens, and such other macroeconomic reforms as exchange rate adjustments.”

It was emphasized that violence was spreading and escalating throughout Nigeria and it is crucial to establish peace-building initiatives and programs to assist the country’s most vulnerable and underprivileged citizens while also reducing the chance that instability and conflict would worsen. The Land Use Act, which grants the state ownership of land and requires people to apply for a 99-year lease, was also asked for to be scrapped since the standard process is inefficient.

“Abolition of the Land Use Act, civil service and security reforms to improve state capacity and gender empowerment, intensified family planning education and services, and resolution of the conflicts (or “silent wars”) in various parts of Nigeria that have caused and exacerbated poverty through internal displacement and decreased food production are all structural changes necessary to enable millions of Nigerians to escape the poverty trap.”

Taking it further, investments should be made in all Local Government Areas across all 36 states and the Federal Capital Territory in order to lessen the impact of the removal of subsidies on the poor and to help prevent inflationary trends that may result from rising transportation costs.

“This fund should have a minimum of N1 trillion initially (ideally between N1-N3 trillion) in investable capital, and investments should be focused on micro and small businesses that require, on average, between N100,000 to N1 million to capitalise,”

Statistically, IGET reminded that by 2030, Nigeria and the Democratic Republic of the Congo alone are expected to house one-third of the world’s poorest people. According to the think tank, a sudden increase in the number of young people without the necessary training, employment possibilities, or other chances is a formula for social and security collapse.

In comparison to China and Brazil, the group believes that Nigeria can set aside N5-7 trillion yearly to fund the operation of a thorough, well-managed social security system, as well as a comparable, separate allocation for education, healthcare, water, and sanitation. In order to save money in other areas of government, infrastructure projects should be financed mostly through public-private partnerships, with the exception of rural infrastructure.

“The cost of governance should be reduced. Brazil and China both present significant case studies on the successful eradication and reduction of poverty. In the case of China, these achievements have been outstanding. China has assisted almost 800 million of its citizens to escape poverty over the past 40 years, contributing nearly 70% of the figures for the eradication of poverty worldwide. In China, visionary political leadership helped to forge a national consensus in order to end poverty.”

Khalifa Muhammadu Sanusi II is the chairman of the organization’s international advisory board. Dr. Franza Baumann, a former assistant secretary-general of the United Nations for general assembly affairs, Dr. Tamela Hultman, CEO of the AllAfrica Foundation, Dr. Richard Ikiebe, chairman of the board of directors of Businessday, Dr. Ifeoma Nwakoby, senior lecturer in banking and finance at the University of Nigeria, Nsukka, and Mr. Tayo Oviosu, founder and CEO of Paga are additional members of the IGET’s advisory board.

Wike Dares Ayu To Go To Court As He Accuses Him of...