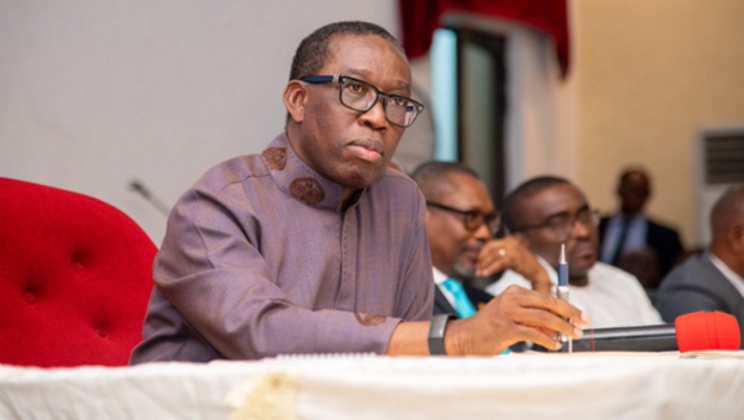 The Delta State Government has stated that it has assessed only N44.7 billion of the N240 billion due it from the Federal Government’s 13 percent derivation fund.

This was revealed by Fidelis Tilije, the State Commissioner for Finance, during a press conference at Government House in Asaba.

The clarification follows Rivers State Governor Nyesom Wike’s announcement that President Muhammadu Buhari has disbursed the 13 percent derivation money owed to the Niger Delta States from 1999 to the present.

Wike mentioned this during a project commissioning in Rivers when discussing where the money for the state’s projects originated from.

Some Nigerians, particularly those from the Niger Delta states, reacted negatively to Wike’s revelation.

Tilije, on the other hand, has come out to say that Delta’s part of the N240 billion payment agreed by President Muhammadu Buhari for the nine oil-producing states from 2004 to date was N240 billion.

He stated that the State government had first requested N150 billion in bridging funding, which the federal government reduced to N100 billion from the projected Refund of N240 billion to pay for legacy projects in the State.

“So, in a way, the state has accessed and utilised the N14.7 billion paid by the Federal Government and the N30 billion from the bridging finance for payment for ongoing projects,” he said.

He went on to say that the total amount owed Delta for the deductions was N240 billion, and that the Federal Government had agreed to pay the money quarterly over a five-year period.