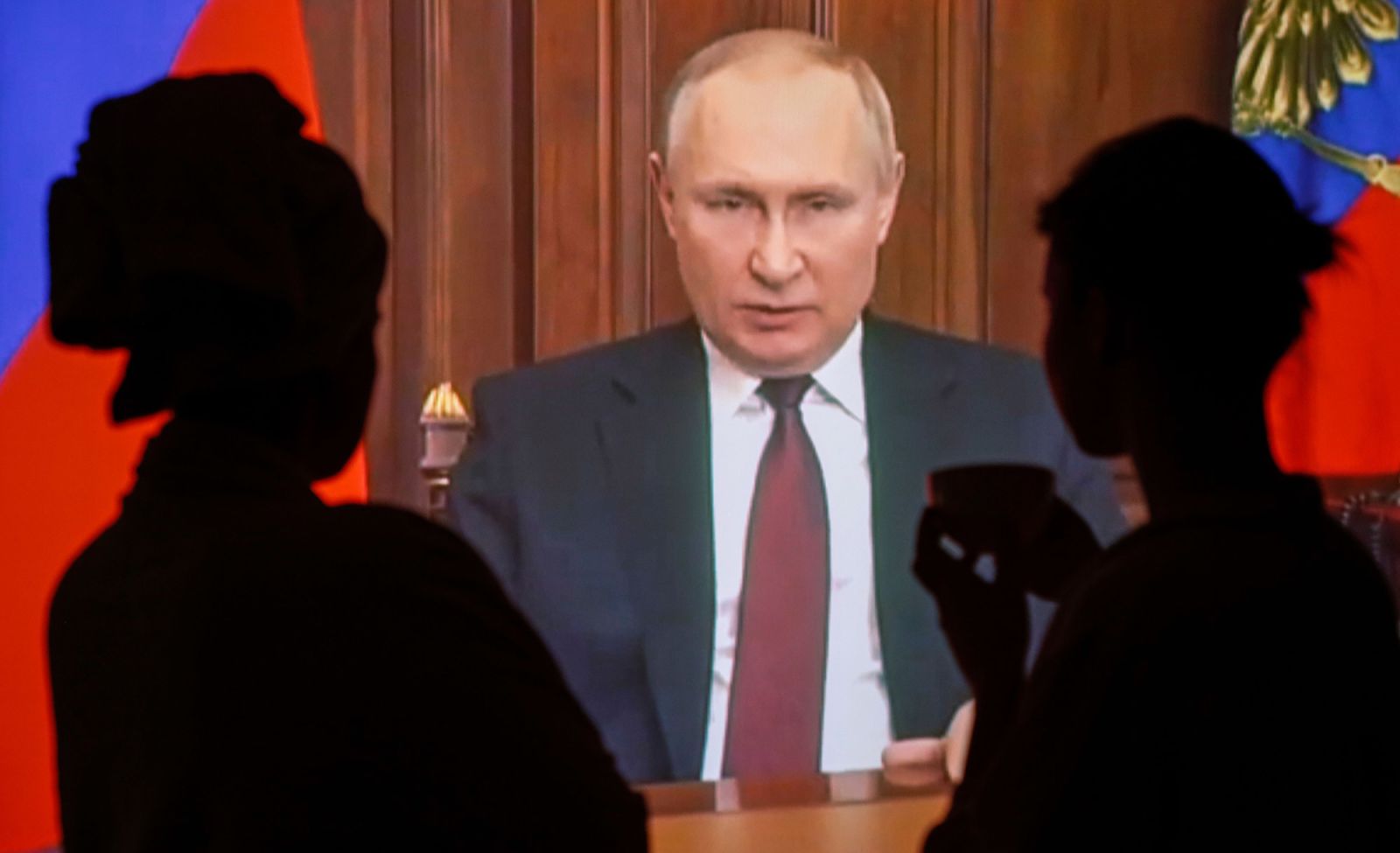 The European Union Parliament has designated Russia as a state supporter of terrorism.

In a press release made available on the parliament’s website on Wednesday, MEPs declared that the Russian military’s actions in Ukraine amounted to “acts of terror” and “war crimes.”

The parliament also requested that the EU’s council list “the Russian paramilitary organisation ‘the Wagner Group,’ the 141st Special Motorised Regiment, also known as the ‘Kadyrovites,’ and other Russian-funded armed groups, militias, and proxies.”

While the European Union cannot “officially designate states as sponsors of terrorism,” the MEPs urged the union and its member states to design a legal framework that would make such designation possible.
The release read in part, “On Wednesday, parliament adopted a resolution on the latest developments in Russia’s brutal war of aggression against Ukraine. MEPs highlight that the deliberate attacks and atrocities committed by Russian forces and their proxies against civilians in Ukraine, the destruction of civilian infrastructure and other serious violations of international and humanitarian law amount to acts of terror and constitute war crimes. In light of this, they recognise Russia as a state sponsor of terrorism and as a state that uses means of terrorism.”

The resolutions which were adopted with 494 MEPs voting in favour, 58 against with 44 abstentions, also called for more policies to ensure the isolation of Russia.

“Parliament calls on the European Union to further isolate Russia internationally, including when it comes to Russia’s membership of international organisations and bodies such as the United Nations Security Council.

“MEPs also want diplomatic ties with Russia to be reduced, EU contacts with official Russian representatives to be kept to the absolute minimum and Russian state-affiliated institutions in the EU spreading propaganda around the world to be closed and banned.”

The Russian military aggression against Ukraine, which began on February 24, 2022, has lasted 9 months with no end in sight.

With significant victories by the Ukrainian army in the past weeks, the United States has called on Ukraine’s government to re-open peace talks with Vladimir Putin, the President of Russia.
US Joint Chiefs Chairman, General Mark Milley, stated that US and allied support has not diminished, but added that Kyiv’s success in countering Russia’s invasion puts it in better position to begin talks.