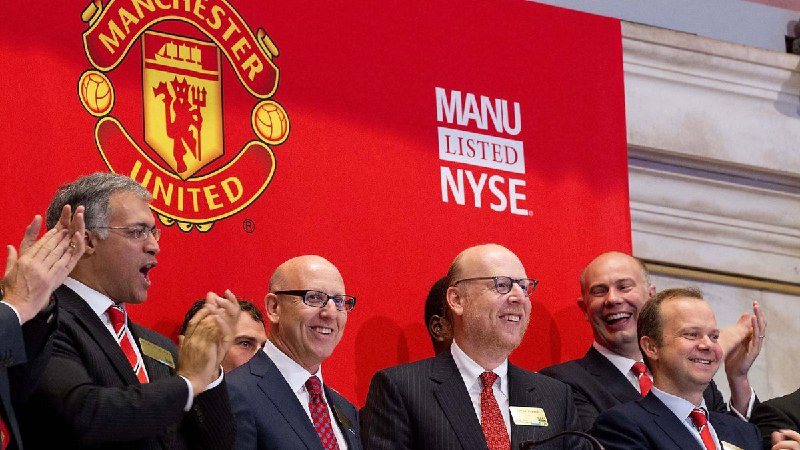 Manchester United’s owners have revealed that they are considering selling the club.

It read, “Manchester United plc, one of the most successful and historic sports clubs in the world, announces today (Tuesday) that the Company’s Board of Directors (the “Board”) is commencing a process to explore strategic alternatives for the club.

“The process is designed to enhance the club’s future growth, with the ultimate goal of positioning the club to capitalise on opportunities both on the pitch and commercially.

“As part of this process, the Board will consider all strategic alternatives, including new investment into the club, a sale, or other transactions involving the company. This will include an assessment of several initiatives to strengthen the club, including stadium and infrastructure redevelopment, and expansion of the club’s commercial operations on a global scale, each in the context of enhancing the long-term success of the club’s men’s, women’s and academy teams, and bringing benefits to fans and other stakeholders.”

According to Man United, Executive Co-Chairmen and Directors, Avram Glazer and Joel Glazer said, “The strength of Manchester United rests on the passion and loyalty of our global community of 1.1 billion fans and followers. As we seek to continue building on the club’s history of success, the Board has authorised a thorough evaluation of strategic alternatives. We will evaluate all options to ensure that we best serve our fans and that Manchester United maximises the significant growth opportunities available to the Club today and in the future. Throughout this process, we will remain fully focused on serving the best interests of our fans, shareholders, and various stakeholders.”

The Raine Group is the Company’s exclusive financial advisor, and Latham & Watkins LLP is its legal counsel.

Rothschild and Co. is serving as the Glazer family’s sole financial advisor.

“There can be no promise that the review being conducted will result in any deal involving the company,” Man United stated. Manchester United will not make any more disclosures about the review unless the Board has approved a specific transaction or other course of action that necessitates a public announcement.”

United has been owned by the Glazer family of the United States for 17 years, but their reign has been characterised by deteriorating on-field performance and numerous fan demonstrations.