After Listening To Soludo, No One Will…

We Have Recovered $1bn Looted Funds –… 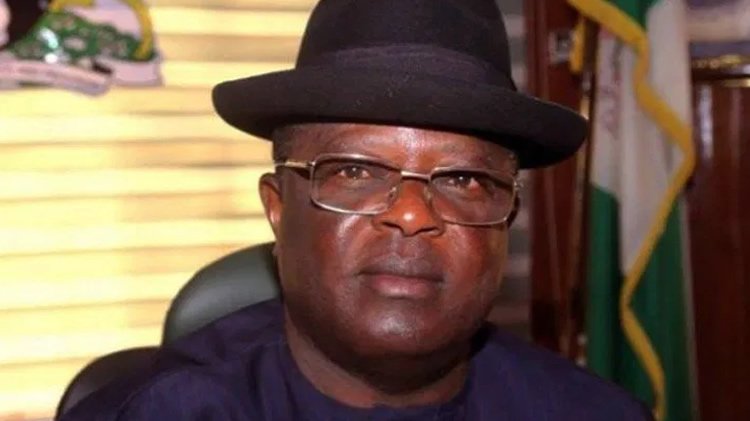 Jackie Ikeotuonye, the managing director of ANDREW BISHOPTON NIG LIMITED, has filed a plea with Usman Baba, the inspector general of police, alleging that the powerful in Ebonyi State have threatened her life and the lives of her family.

In 2015, the Ebonyi State Government hired the company to work on its behalf in pursuing and recovering excessive deductions on local and international credit facilities, as well as other lingering funds, including the Paris Club reimbursement.

She said her life became threatened after the state government reneged on the contract terms it had with the consulting firm, refused to pay the agreed 25% commission; abruptly terminated the contract and when she approached the Court to seek redress. The development led to her arrest and detention in August, 2022.
She stated this in a petition she made available to journalists, in Abakaliki, on Thursday.

In the petition, which was written by her solicitors, HENRY CHUKWUDI & CO., she called on the police authority to swing into action to unravel the circumstances that led to her initial arrest and detention in August.

The petition read in part, “We are solicitors to Dr. Jackie Ikeotuonye and Andrew Bishopton Limited; (hereinafter referred to as our clients) and on whose firm and unequivocal instructions we make the following representations.

“The said company was appointed by the Ebonyi State Government as a consultant to recover excess deductions/charges on foreign/local loan facilities and other hanging funds on behalf of Ebonyi State via a letter dated October 6, 2015 and signed by the then Commissioner for Finance and Economic Development, Dr. Dennis Ekumankama.

“This appointment was followed by a consultancy service agreement signed between the Ebonyi State Government and THE COMPANY on the November 17, 2015 wherein it was stated that the state would pay the company 25% of any sum reconciled, recovered and paid into the account of the State by the Federal Government.

“Meanwhile, on completion of the assignment, the Governor of Ebonyi State sent in two demand letters to the Minister of Finance for the repatriation of the reconciled amount of $119, 419,427.59 being over deductions on the account of Ebonyi State Government foreign loans service.
“The said letter is herewith attached as annexure 006 for your ease of reference.

“Yet, they claimed our clients did nothing. It might interest you to know that Ebonyi State sadly has an antecedent for disengaging consultants at the point of payment for services.”

It added, “It is further in our brief that instead of towing the path of honor and pay our clients their dues, the state government instead in response to their letters for payment, purportedly terminated the contract via two letters backdated to September 26, 2016 and June 7, 2016.

“It is further in our brief that our client’s children are still and highly traumatised, and psychologically disoriented due to the commando style in which the stern looking and heavily armed men stormed our client’s home.

“At the moment, the governor and the government of Ebonyi state are still threatening to deal with our client if our client does not go to the High Court in Port Harcourt to set aside the judgment.

“I, therefore, use this medium to call upon you Sir, to use your office to ensure that justice prevails and to put the governor and the government of Ebonyi State in check.”

But the Commissioner for Information in the state, Uchenna Orji, denied the state government ever contracted and owed ANDREW BISHOPTON NIG Limited, saying the claims by the latter were baseless and unfounded.

During a press briefing in Abakaliki on Wednesday, he alleged representatives of the organisation, had, at various times confessed it never had any contractual agreement with the state government.

“The general public is enjoined to discountenance the claims thereof as shenanigans of unscrupulous elements who are on a forum shopping over a clearly and notoriously baseless allegation of performing consultancy services for the Government of Ebonyi, and please discard their claims as vaulting ambitions of greedy people who are on fruitless enterprise and wild-goose chase looking undeservedly for funds meant for the development of Ebonyi State.