Speed Limit Violators To Be Penalised By…

Bottled Water Costs To Increase As A… 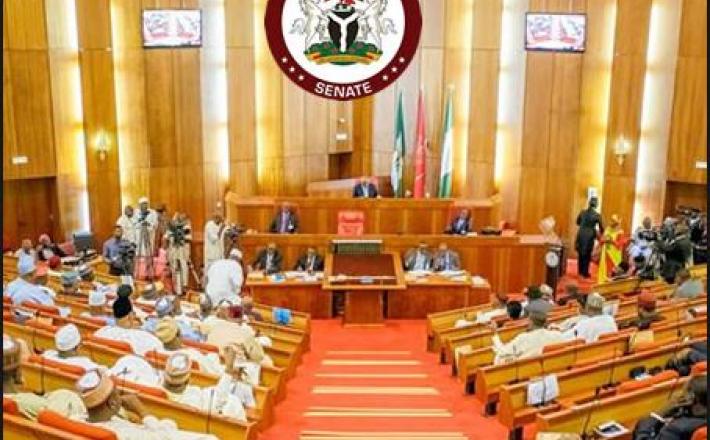 The Okpuitumo community in Ebonyi State’s Ikwo Local Government Area has declared that it will not support Dr. Sam Egwu, a former governor of the state and senator who will represent Ebonyi North Zone in the Senate in 2023, for the position.

The locals also said that a recent social media post that claimed to have tipped the former governor for a third term in 2023 was the product of pranksters and should be discounted.

Nwibo Pius, the community’s Town Union president, made this claim during a press conference on Friday in Abakaliki, the state’s capital.

He said, “I am a member of the All Progressives Congress right from the beginning. And all the members of Okpuitumo community have resolved that we will vote for the APC. It’s this party (APC) that our people trust and have confidence in.
“In the APC, we have a governorship candidate, a senatorial candidate, House of Representatives candidates and House of Assembly candidates. So, how can we leave the party for another one?
“So, the statement on social media credited to my person that I have endorsed a former governor of the state and current senator representing Ebonyi North Zone, Sam Egwu, is the handiwork of mischief makers.

PDP Reminds Umahi Who Made Him Ebonyi State Governor

“I didn’t endorse Egwu. We have no reason whatsoever to endorse him. He has not done anything for our people since he became senator, and even the transformer he brought to our community, is not working.

“We have rather endorsed our own Onyekachi Nwebonyi for Ebonyi North Zone, and Emmanuel Uguru for Abakaliki/Izzi Federal Constituency, come 2023.

“Therefore, nobody should associate me or the community with any write-up on social media saying I have promised to give Egwu and other Peoples Democratic Party candidates massive support come 2023. It’s a big lie. Okpuitumo community is united in this resolve and we will abide by it.”