Nigeria Records 19,228 Cases Of Cholera And… 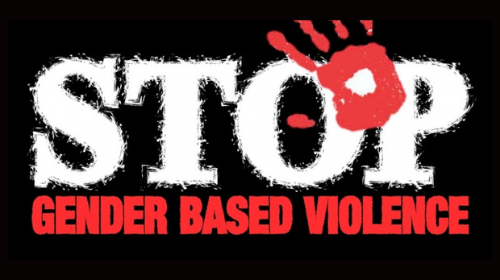 According to the Broad Sustainable Women Economic Empowerment & Peace Initiative and the Association of Wives of Traditional Rulers, there have been over a thousand incidences of sexual and gender-based violence documented in the Federal Capital Territory.

The organisations made this statement at a joint news conference held on Thursday as part of activities to launch the 16 days of activism to celebrate the International Day for the Elimination of Violence Against Women at the palace of the Gomo of Kuje in Abuja.

According to its Baseline Study on ‘The Prevalence of SGBV In FCT’, “Some area councils are suspected to possess only the data of cases reported directly to them. Having said that, Gwagwalada reported the highest number of 900 SBGV, followed by Kwali (121), Abuja Municipal (22), Abaji (12) and Bwari (five) respectively; for instance, traditional rulers received most complaints in Kwali (25), while the social welfare department received most complaints in Gwagwalada (900).”

The General Secretary of the AWTR, Halima Mohammed, who delivered the joint statement, revealed that the groups had set up hotlines in the palaces of the traditional rulers of the FCT, to receive one-on-one case reports through the wives of the traditional rulers at the community level. She added that the groups would take its campaigns to schools in the FCT, to sensitise women and girls to end school-related violence against women and girls.

“We have made available a dedicated hotline for a one-on-one case report to the palace through the traditional rulers’ wives. The chief and council will be informed about your case for hearing. The chief wives are trained to follow your case to logical conclusion within the justice system, so you can get justice. There is a growing recognition that there can be no serious solution to the fight against the SGBV among indigenous people, without strengthening the traditional justice system.

“In the course of this year’s 16 days of activism, the Traditional Rulers Wives, in collaboration with B-SWEEP, will take the campaign to schools in Kuje and AMAC to sensitise the students and teachers to end school-related violence against women and girls. We will make media rounds to advocate for this course.”

Meanwhile, the Director of B-SWEEP and wife of the former governor of Bauchi State, Hajia Hadiza Abubakar, explained that the cases received at the palaces were referred to the appropriate authorities where it could not be resolved by the Chief and council.

The groups called on the governments, civil societies and the private sector to lend voices for the improvement of the traditional justice system, to effectively combat gender-based violence among the poor indigenous people.

They also called on grassroots initiatives to work with traditional leaders rather than against them, to achieve zero-violence against women and girls, and enjoined community inhabitants to jointly “prevent violence everywhere, from conflict zones to people’s homes, as we work to beat SGBV in Nigeria.”