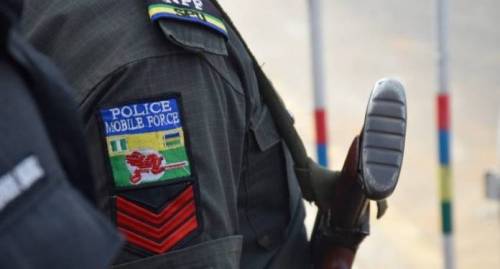 Mr. Kachy Ilodigwe, the commander of the Ukwulu Vigilante Group in Anambra State’s Dunukofia local government area, was kidnapped lately and reportedly paid a N5 million ransom to his kidnappers in order to be released.

Ilodigwe was reportedly kidnapped by four gunmen while going home from a church session.

Mr. Christopher Uba, President General of Ukwulu, voiced concern about the escalating danger in the area, saying that Ilodigwe was attacked by gunmen again just days after his release, and that he is currently undergoing treatment in an undisclosed hospital.

According to him, there has been increasing cases of gunmen and Fulani herdsmen attacks in the community, regretting that the once peaceful community is gradually turning to a ghost town as the people are abandoning their homes to safer areas.

He said: “Our people, especially the women, no longer go to their farms to avoid being raped or killed.

“Our people living outside the community no longer come home during festive seasons. There is fear everywhere in the community. As I speak, the corpse of a girl recently kidnapped and murdered by the dreaded killers few days ago is still laying in the mortuary. We are calling for help.

“I wish to inform members of the community, particularly the youths, tricycle and taxi drivers, as well as other members of the public to be wearry of the antics of the criminal elements in the area by reporting suspicious persons and movements in their neighbourhoods.”

He appealed to Governor Chukwuma Soludo and security operatives in the state to urgently deploy their personnel to the community to dismantle the gunmen and killer herdsmen settlements in the area.