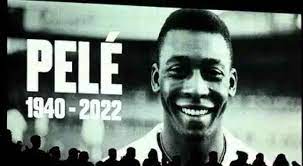 Gianni Infantino, the president of FIFA, has confirmed that Pele stadium naming requests will be made of all nations.

Pele lost her fight with colon cancer last week at the age of 82.

According to Infantino, nations will be urged to make the gesture in honor of a legend.

Speaking as Pele’s funeral began in Santos on Monday, he said: “We are going to ask that all countries in the world have at least one stadium with the name of Pele.”

Infantino explained that the reason behind this idea would be “so that children know Pele’s importance. ”

As Pele’s casket arrived at the stadium where he made his mark today, the entire country of Brazil started paying its condolences.