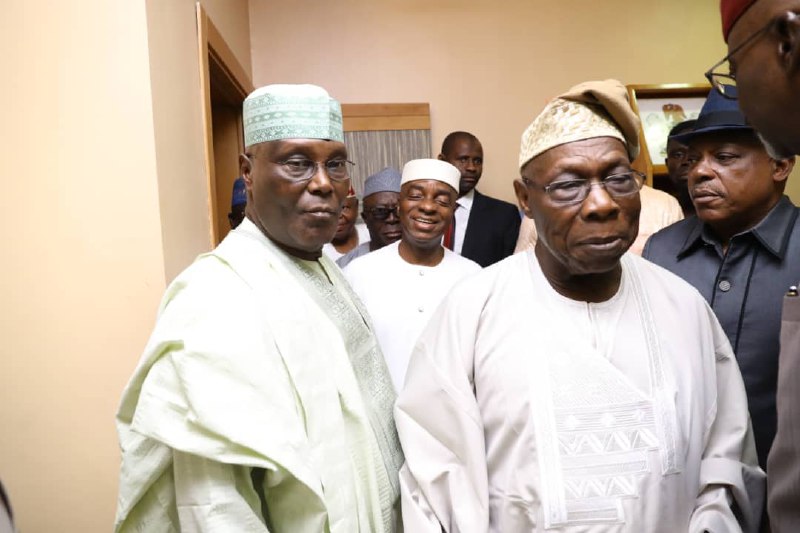 Obasanjo backed Obi for the February 2023 presidential election in a letter on Sunday morning.

In response, Atiku’s campaign spokesperson Kola Ologbondiyan stated on Sunday that Obasanjo’s endorsement does not represent the views of the majority of Nigerians.

According to Atiku’s campaign, Obi lacks the necessary expertise, and the PDP candidate is the most experienced of all the candidates. It expressed certainty that the majority of Nigerians will back and choose the PDP’s presidential nominee.

The former National Publicity Secretary of the PDP claims that while former President Obasanjo is entitled to his personal opinion, it is still purely individualistic and cannot change Nigerians’ resolve to support Atiku in order to free their country from the purported misrule of the All Progressives Congress, APC.

In light of the grave issues the country is currently facing, which call for a tried and true hand, he expressed surprise at the former President’s support of Obi, who lacks any experience in national governance.

The statement reads in part: “In any case, Chief Obasanjo’s opinion cannot sway Nigerians who can easily remember how he endorsed President Muhammadu Buhari, whose administration, he (Obasanjo) now describes as “stressful years for many Nigerians,” during which our nation “moved from frying pan to fire and from mountain top to the valley.”

“It is, therefore, extremely difficult for Nigerians, particularly the youth demography, to accept Chief Obasanjo’s opinion as the solution to the myriad of challenges facing the nation today because the last candidate he introduced, by his estimation, failed Nigerians.

“Our campaign holds that none of the Presidential candidates has the experience, capacity, tenacity of purpose, presence of mind, and readiness to serve like Atiku Abubakar.

“Atiku remains the most widely accepted candidate, whose choice is not predicated by sectional, tribal, ethnic or religious sentiments or the endorsement of any individual, high or low, but by the record of ability and performance, authentic vision, honesty, and character; physical and mental capacity; the very indices set by the former President.

“It is instructive to state that every claim by former President Obasanjo on the success of his administration is a reflection of the performance of Atiku Abubakar as his Vice President and Chairman of the National Economic Council during which our nation achieved unprecedented economic growth to become one of the fastest growing economies in the world”.

Even though it is obvious that Atiku will save Nigeria from its “present somber state” if elected president, Ologbondiyan claimed that the former president is doing the country a disservice by making subjective proposals.

The Atiku campaign organization pleaded with Nigerians to ignore their personal opinions and stay committed to electing the former Vice President in order to save the country.