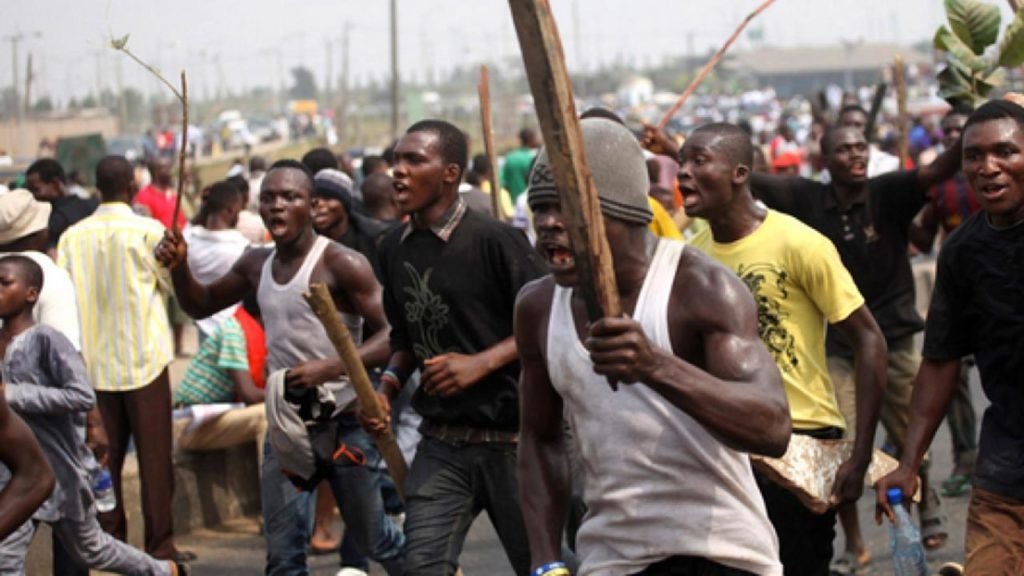 An angry mob beat Anambra State Fire Service personnel on Sunday for allegedly coming late at the scene of a fire incident.

The Director/Fire Chief of the Anambra State Fire Service, Mr. Martin Agbili, confirmed the occurrence in a statement.

According to Agbili, the incident happened at around 6 o’clock on Atani Road near Uga Junction in Onitsha.

He claimed the attackers hurt some of the personnel and broke the fire truck’s windshield and side mirrors.

The act, according to the fire chief, was barbarous and a poor way to begin the new year.

He claims that at around 1800 hours on Sunday, January 1, 2023, the Anambra State Fire Service received a distress call reporting a fire situation at Uga Junction from Atani road.

He said: “Immediately, our fire truck and fire fighters were deployed to the scene. On arrival at the fire scene, the mob attacked us.

“They threw stones, sticks and iron at us. Unfortunately, they shattered the windscreen of our fire trucks and the side glasses and also wounded some firefighters.

“As they started throwing stones on the truck even while the fire was still on. What we could hear was, ‘is it now that you people are coming to fight the fire?’ We managed to escape the mob attack with shattered windscreen and injured firefighters.”

Delta State Firefighters To The Rescue As Onitsha Burns

He further lamented: “This is really unfortunate, that our hardworking firefighters of Anambra State will be welcomed to the New Year with this barbaric act.”