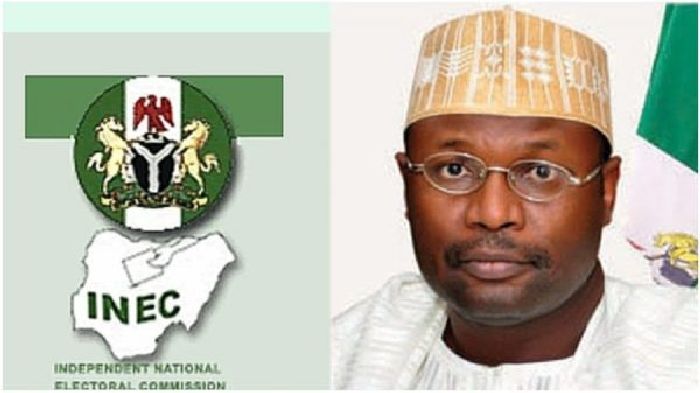 In order to prevent electoral fraud in the general elections of 2023, the Independent National Electoral Commission (INEC) announced that all parents of invalid voters and minor voters will be detained.

Festus Okoye, National Commissioner for INEC and Chairman of the Information and Voter Education Committee, issued the warning while appearing on the television show “Sunrise Daily.”

Underage voters were cautioned by the INEC commissioner to avoid polling places during the general election or face prosecution.

He said, “We have made it very clear that any visibly underage person should not approach any of our polling units on election day.

“If the person does appear, he or she would be arrested, alongside their parents for aiding and abetting such a venture”.

He said, “Those who are harvesting Voter Identification Numbers (VINs) of registered voters are doing that in futility.

“Why are they harvesting and buying off VINs when those VINs were published in our local government areas and in our registration areas when we displayed the voter registers for claims and objections? Those VINs are there.

“We have made it very clear that this Commission will deploy the BVAS for voters’ identification and authentication and the data of every registered voter in Nigeria per polling unit is domiciled in the BvAS and not in the PVCs.

“The only thing the Presiding Officer will do on Election Day is to look at the last six digits of your PVC and use it to bring out your VIN for the purpose of calling up your data from the BVAS.

“Those buying PVCs and harvesting VINs can only engage in voter oppression.

“They can only prevent the voter from going to the polling unit on Election Day but in terms of carrying the PVC of someone else to give another person for voting, I can assure you that it is next to impossible”.

On recruitment of adhoc staff for the election, Okoye said: “The Commission will engage 1.4 million adhoc staff made up of National Youth Service Corps members and students in tertiary institutions in their final year.

He said, “You will know that it is next to impossible for INEC to have over 1.4 million staff in its payroll.

“The strength staff of the Commission is around 16,000 and so when we devolve the collection to the various registration areas, we are going to engage the services of corp members to assist the Commission in terms of giving out these PVCs.”

On January 16, according to Okoye, the Commission will release the official voter list that would be utilized for the general election in 2023.

“Our voters register is robust and we believe that it is very credible. As of today, we have 93.5 registered voters in the register.

“On the 16th of January 2023, the Commission will publish the official register of voters that will be used for the 2023 general election.

“Yes, I completely agree that there have been issues around underage registration.

“We have made it very clear that any visibly underage person should not approach any of our polling units on election day.

“If the person does appear, he or she would be arrested, alongside their parents for aiding and abetting such a venture.

“The Chairman has told Nigerians that the cleaning of the voter register is an ongoing venture and we are going to make sure that all malicious registrations that got into our register will be removed prior to election day.

“Some of the information on social media relating to underage registration was carried out between 2011 and before we went into the 2019 general election.

“This Commission had the courage to publish the voter register and asked Nigerians to scrutinise the register to make sure that every malicious registration is removed.

“We assure Nigerians that the voters register that will be used in the 2023 election is the one that they will be proud of,” he said.