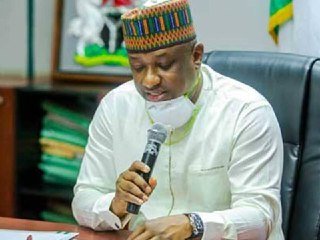 The Labour Party (LP), according to Festus Keyamo, spokesman for the All Progressives Congress (APC) presidential campaign council, has no chance of winning the election.

The advent of Peter Obi as the party’s standard-bearer has resulted in the LP “performing better than predicted,” according to the minister of state for labor and jobs.

However, he claimed that the party lacked the national support base necessary to win the presidential election.

During an interview on Politics Today on Channels Television on Tuesday night, Keyamo stated.

He added that the PDP’s retaliatory efforts against the displeased governors were a benefit to the APC.

“I want to let all Nigerians know this, including the APC supporters. We want to address our base. Either way the G5 goes is a win-win situation for APC because this G5 is a strong component of the PDP,” he said.

“If they go to Peter Obi, win-win for APC, if they come to us, it’s a plus. Anywhere they go, except Atiku Abubakar, is a win-win for us. Even the votes they are taking to Labour Party will also not give victory to the party.

“This is a young party, Peter Obi went there in the last 5 or 6 months, and they are doing well, better than expected.

“It’s not that people expect them to win. No, Labour Party will not win. I can bet with anything that is precious to me on earth. I can tell you, and I am that confident. I put it down that they will not win.”

The PDP has utterly disintegrated as a political organization, according to the APC PCC spokeswoman, who noted that “wheels are falling off one by one.”

“The race before now was between APC and PDP, but as I speak to you, PDP has completely collapsed. If you look at their campaign so far, the PDP will continue to tell you that they are hoping that there will be some kind of upheaval in the north, some kind of reversal of fortune,” he said.

“We can say confidently today that the PDP and its campaign as a party has collapsed. The various factors that we have now that have upset the political terrain — Peter Obi and Rabiu Kwankwaso — were the components of PDP in 2019.

“The wheels of PDP are falling off one by one. The endorsement of Olusegun Obasanjo is not against APC, it’s against Atiku Abubakar because he supported him in 2019.”