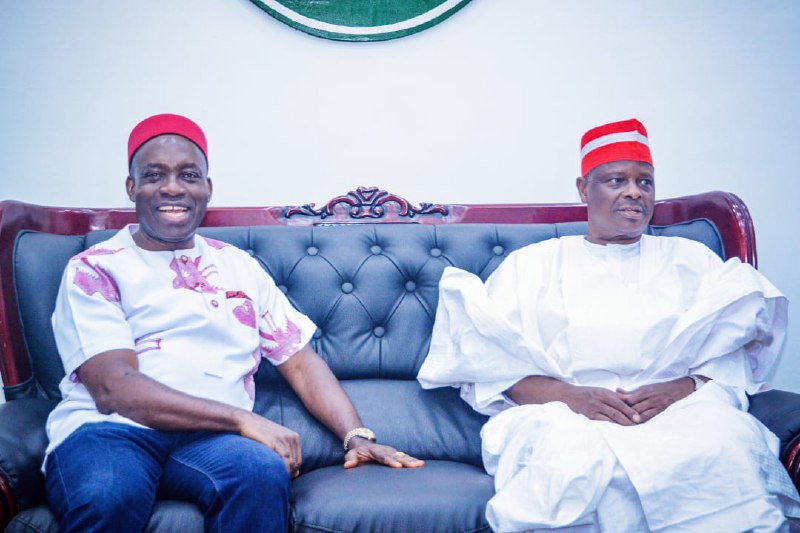 The nation needs leaders that genuinely believe in the nation, according to Prof. Chukwuma Soludo, the governor of Anambra State.

The Ndigbo were characterized by Soludo as a nomadic people who could not afford to be an intolerant tribe and who believed that elections were not a life-or-death matter.

When Alhaji Rabiu Kwankwaso, the presidential candidate of the New National Peoples Party, paid the governor a courtesy call at the governor’s lodge in Amawbia, Anambra State, the governor made these remarks.

According to a statement provided to journalists in Awka late on Thursday, this is the case.

Soludo said, “I want to commend your tenacity and belief in the country, your exemplary public service and commitment to our nation.

“I have always said those who have something to offer should offer it through public service. Public service is the biggest philanthropy.

“In Anambra and indeed, the South-East, we pride ourselves as being republicans and that is freedom to converse.

“Here in Anambra is the home of Azikiwe, Akweke, Chinua Achebe, Okadigbo, and so on and so forth and here, we are known as people who freely express themselves and associate themselves.

“As an itinerant people, we cannot afford to be an intolerant tribe. We have a popular saying that ‘Oje mba, enwe ilo’.

“My position is that everyone should be allowed to canvass freely and allow the people to make their choice.

“The hard work is beyond the election. Whoever wins, we need to sift out and bring out almost like a government of like minds for the transformation of this country.

“We are blessed. We have lots of challenges, but we need people who firmly believe in this country. It is possible for Nigeria to be one of the first seven best economies in the world.

“We wish you best of luck in this movement, even though I have been intensely focused on what is going on in my party. This state is blessed. We are trying everything to make it work.

“A large population of our people are in Kano. As NdịIgbo, we are a great stakeholder in all the places.

“Here in Anambra, our politics is such that when we are running, we can fight among ourselves, but after the election, you see our people together, chatting. It’s not a do or die affair. Everybody should campaign freely.”

The Governor’s Chief of Staff, Mr. Ernest Ezeajughi, the Governor’s Principal Secretary, JPC Anetoh, the Commissioner for Local Government and Chieftaincy Affairs, Mr. Collins Nwabunwanne, and his counterparts for information and special duties, Sir Paul Nwosu and Sly Ezeokenwa, among others, were also in attendance.