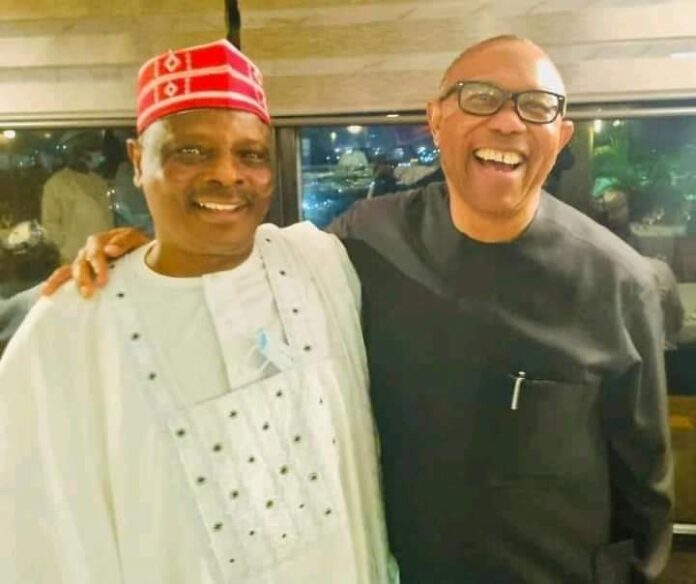 Kwankwaso, like the other presidential candidates, was visiting the Chatham House to speak with members of the think tank house about the projects he has planned for Nigeria if elected President in February.

In London, the Kano-born politician stated that he was willing to step down for any candidate who was better at managing the nation’s resources than he was.

Obi, a former Anambra governor, was knocked out by the NNPP’s standard bearer.

Kwankwaso claims to be a PhD holder with over 30 years in politics, making him more equipped to run Nigeria than Obi.

However, in an interview with Arise Television’s The Morning Show on Thursday, NNPP National Secretary Folashade Aliu corrected some of her principal’s remarks.

“I want to debunk the report that distinguished Senator Rabiu Kwankwaso said he would step down. He never said that,” she said.

“What he said yesterday at the Chartham House was that if you have a more qualified candidate you will speak. We’ll discuss.

“Then, in terms of the Labour Party candidate, we understand that a lot is going on social media and we are unshaven that some of these comments are cooked up, and for me it’s blackmailing, and we don’t need to get to that point. What he tried to exhibit yesterday was maturity that it’s not a do-or-die situation.

What Tinubu Showed The World At Chatham House – Fani-Kayode

“If you have somebody who’s better than me we can talk and get on from there. Talking about the Labour Party, initially before the INEC cut-off point we were approached and we spoke and lay down our strategies to have conversation but their position was more of ‘is the turn of the South East and they were willing to look at what we put on the table so that we can have a good discussion. They weren’t flexible, open-minded and objective “