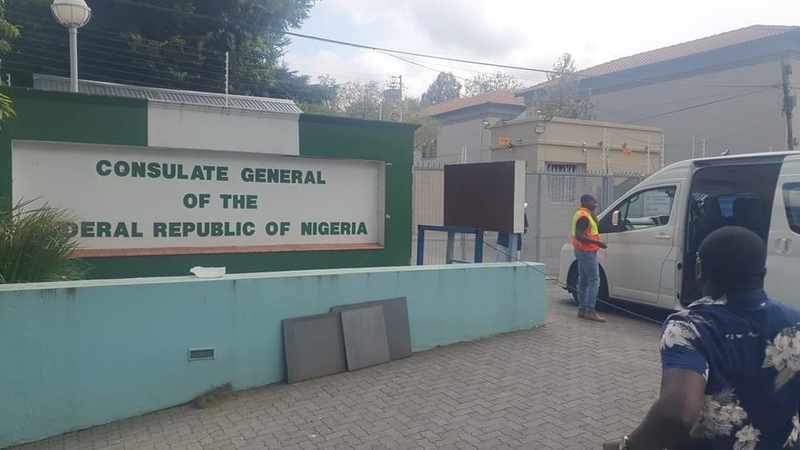 A power outage is currently occurring at the Nigerian embassy in Johannesburg, South Africa, as a result of the diplomatic mission’s massive electricity bill, which caused disconnection.

Johannesburg City Power officials arrived with the Metro Police Department to disconnect the power supply despite being denied admission to the consulate.

The Nigerian consulate-general has been in default since last year, but they agreed to pay the bill in full by January after the disconnect, according to Isaac Mangena, a spokesperson for City Power, who was quoted by a local online publication, IOL, on Wednesday.

“The consul-general visited our Service Delivery Centre in Alexandra, and agreed to pay the deposit, with the rest to be paid by the end of the month,” said Mangena.
“The same with The Catalyst Hotel, even though we realised that the hotel had lodged some queries on the debt, which we will be attending to. However, they paid R400, 000 and were reconnected and we will proceed to address their query.”

Meanwhile, over the past three days, churches and other businesses have been on the receiving end of City Power’s drive to disconnect electricity from customers whose municipal accounts are in arrears.
In November, City Power disconnected its services to a block of flats in Hillbrow. The building owes more than R5m to the city.

The utility had tried to cut off the electricity in the previous week, but angry residents hurled rocks and other objects at the city’s technicians.

ANAEDOONLINE.NG made frantic efforts to contact the consulate for comment but was unsuccessful as messages sent to their mail (cgjhb@nigerianconsulatesa.org) were not replied to as of the time of filing this report.