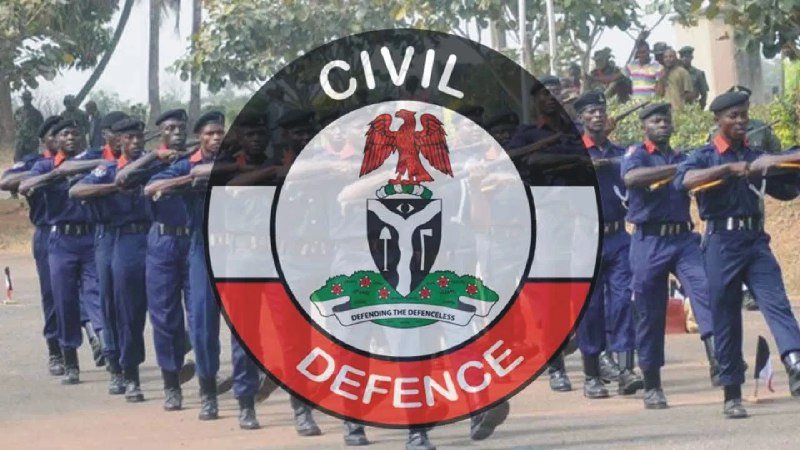 Seven members of the military were ambushed by bandits in Birnin Gwari, Kaduna State, and their families have received condolences from the commandant general of the Nigeria Security and Civil Defence Corps, Ahmed Audi.

When the CG personally went to the NSCDC Kaduna Command Headquarters to express his condolences, he spoke to the grieving families there. He said that the Corps had lost officers in the line of duty in the past, but not nearly as many as in the unfortunate occurrence at Birnin-Gwari.

This was said in a statement released on Thursday and signed by Olusola Odumosu, the Corps Spokesperson.

The PUNCH reported that on January 9, 2023, an attack took place at a Kuriga mining location in Kaduna State, killing seven NSCDC employees.

Five other security operatives attached to a sister agency were said to have been killed in the same incident.
Audi, who described the killing as colossal, however, charged other personnel not to be deterred by the ugly incident.

Buhari Warns Contractors From Trying To Bribe Him With Cheques

The CG said, “Death is inevitable, it is heart-touching losing the personnel.
“Although, this is not the first time we are losing personnel, but it’s so painful that we lost seven personnel at a time.

“It is a great loss, that is why I am here personally, to encourage all of you, to continue to do your best and not give up,” he said.
The Corps helmsman hinted that he had initiated the process of payment of death benefits and other entitlements to the affected officers through the office of the Minister of Interior to ameliorate the pains of those they left behind.

He explained that the Corps had been settling burial benefits, entitlements, accident and group life Insurance policies to personnel as and when due.

He said that upon assumption of duty as CG about two years ago, the backlog of salaries and arrears had been cleared with a few pending, which would soon be settled.
Continuing, the Commandant General, also delivered the message of the Minister of Interior, Rauf Aregbesola.

He added, “the Minister sent his condolences, and directed me to inform you, that he is with you on this journey and would ensure that FG continues to support the Corps at all times.”
He later presented cheques of an undisclosed amount of money to the next of kin of the seven fallen heroes as a token of support pending the payment of their accrued benefits.

Furthermore, he announced the approval of one slot for each family as a replacement for the slain officers by Aregbesola.

“This is a service that has its personnel in mind. It is my vision to champion the course of promoting personnel’s welfare in the Corps.

“The minister has approved one slot each for you to replace your husbands.

“I have also directed the Kaduna State Commandant, Idris Yahaya, to liaise with you on getting your details across to us in Abuja,” he informed.

Assistant Commandant General, Zone B, Muhammad Haruna, who received the CG in Kaduna, expressed appreciation on behalf of all the personnel from the Zone for his welfare policy since his assumption of office.

He commended the effort of the CG in lightening the burdens of the deceased family members left behind, stressing that the visit no doubt encouraged, motivated and gave succour to the injured and broken-hearted within and outside the Corps.

In his vote of thanks, a representative of the deceased families, Mallam Baba Ladan, thanked the Minister of Interior, CG, ACG Zone B, the Kaduna State Commandant and all officers and men nationwide for their prayers and for standing by the families during their period of grief.

The CG appreciated God for sparing the life of SCA Thomas Hassan, the only survivor of the attack, who was admitted to an undisclosed hospital following the attack but has since been discharged.

In order to encourage him and others, the CG announced his elevation to the rank of Inspector of Corps from Senior Corps Assistant and immediately, decorated him with his new rank even as he charged him to teach others the manoeuvring tactics used to survive such a dangerous attack in order to minimise casualties in case of similar confrontation in the future.

Wike Asks Rivers Residents To Only Vote PDP In State And Legislature...