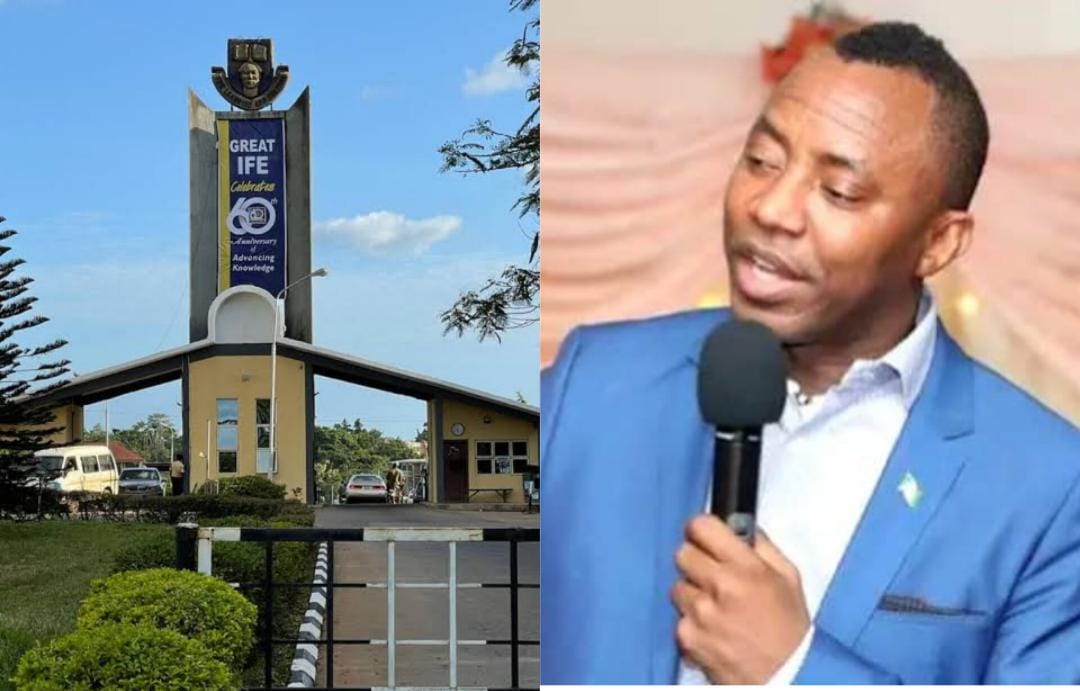 The administration of Obafemi Awolowo University, Ile-Ife, Osun State, has denied that it did not approve the use of the university’s Amphitheatre as a site for an event where Omoyele Sowore, the presidential candidate of the African Action Congress, was invited.

In an interview with The PUNCH on Thursday, the university’s public relations officer, Mr. Abiodun Olanrewaju, claimed that the management was not even aware of the programme because there was no banner or billboard advertising it anywhere on campus.

According to a document obtained by ANAEDOONLINE.NG, the OAU Students’ Union had sent a letter inviting the AAC standard bearer to attend a function on campus on January 18, 2023.

According to the letter, titled, “Letter of Invitation to the Convergence of Nigerian Youths 2023”, Sowore was to speak on the theme, “Towards a youth-based economy: The presidential blueprint.”
Sowore, who took to his social media handles on Wednesday, however claimed that the OAU authorities denied him of the venue for the programme, apologising to the potential audience that the programme had therefore been postponed.

“Great Ife! We apologise that due to the unwillingness of the authorities at the Obafemi Awolowo University, Ile-Ife, to approve a space for our event in the university today, we’ve postponed the event slated for OAU,” he posted on his verified Facebook page.

“The union wrote a letter inviting me, and never wrote to cancel the event, only heard from one of them that the management did not approve the venue,” he further said in a chat with our correspondent, who made further enquiries.
“The union insists that the Vice Chancellor never responded to the request for the venue,” he added.

But speaking further, the varsity spokesman said, “I didn’t see any poster or banner by the Students’ Union inviting anybody to any programme whatsoever on campus.”

Checking with the union, Olanrewaju said Sowore was however not the only one invited, but that candidates of the other parties were also invited.
“They wanted them to explain their programmes to the youths, using the university as a springboard for all other youths in this country. They realised that their exams were very much close and it would be a distraction on their part, (and therefore postponed it), which is a very reasonable argument.

“It would be a disservice to the integrity of these young stars for Sowore to have claimed that the university management did all these things. Sowore should understand that there is a wide gap between propaganda and information,” Olanrewaju said.

When contacted, the Secretary General of the Students’ Union, Odewale Damilare, also known as ‘Great Sam,’ said the union had to postpone the event due to examinations that were still ongoing.

Damilare told ANAEDOONLINE.NG, “We wanted to have a programme inviting all presidential candidates; that was in conjunction with another organisation actually. The programme was supposed to be on January 18 and 19 for the candidates of the Labour Party, Peter Obi, Rabiu Kwankwaso of the New Nigeria Peoples Party and Sowore of the AAC.
“But due to the exams and other planning,” the programme was postponed.

When asked if Sowore was denied venue, he said, “No. We invited all of them, all of them have received the letters. It was due to the examinations that we could not finalise.”

Damilare added that the union was yet to officially reach out to the candidates on the development but noted they would do so as soon as possible.

Damilare said the union didn’t cancel the programme, but it would probably hold it some other time.
The PRO of the union, Ogunperi Taofeek, who also spoke with our correspondent, but was not immediately aware of the said invitation, said although there was a plan to have all the candidates on campus, but things didn’t work out as planned. “Given the fact that we have a short time to the elections,” Taofeek noted that plans were hard to be sealed.

2023 Elections: BBTitan Is A Distraction, Shun The Show – LP

Under Me, Lecturers Won’t Go On Strike – Obi