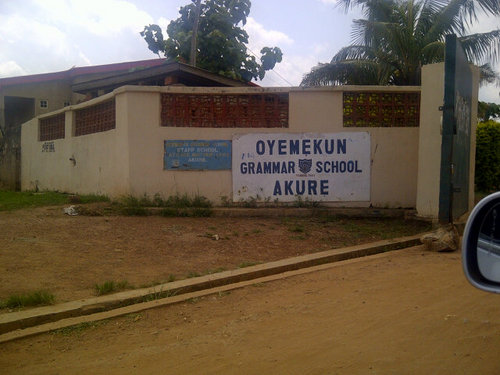 The stakeholders are in the process of taking over the school from the state government, according to the former students of Oyemekun Grammar School in Akure, Ondo State.

Old students who were speaking on behalf of the Oyemekun Grammar School Old Students Association claimed that competent management was the driving force behind the demand that the school be reclaimed from the government.

Olusegun Ogunjobi, the National Vice President of the Association, said this while chatting with journalists about the celebrations for the school’s 70th anniversary.

He claims that the institution was established on January 23, 1953, and that great infrastructure projects have been completed thanks to the association and former pupils.

He stressed that the concern of the association were how the school would be well managed.
He said, “I’m very happy to tell you that we have been having stakeholders meeting and the stakeholders are; the Anglican Communion, the community, the Oyemekun Grammar School Old Students Association, and the PTA and we have said it in the last meeting we held that we would have a common position which we will present to the state government.

“What concerns us most is how the school can continue well managed, we are not talking about the owner now because the government cannot do everything and that is why they are looking at how they can give some schools back to the original owner and what we the alumni had been doing is to bridge the gap of infrastructural deficit that the government could not do.”

It was gathered that the Akure community had rejected the alleged position of the government to return the school to the Anglican Church but Ogunjobi said, “And if they (government) now in their wisdom give the school back to us, the stakeholders will be glad to take back the school.